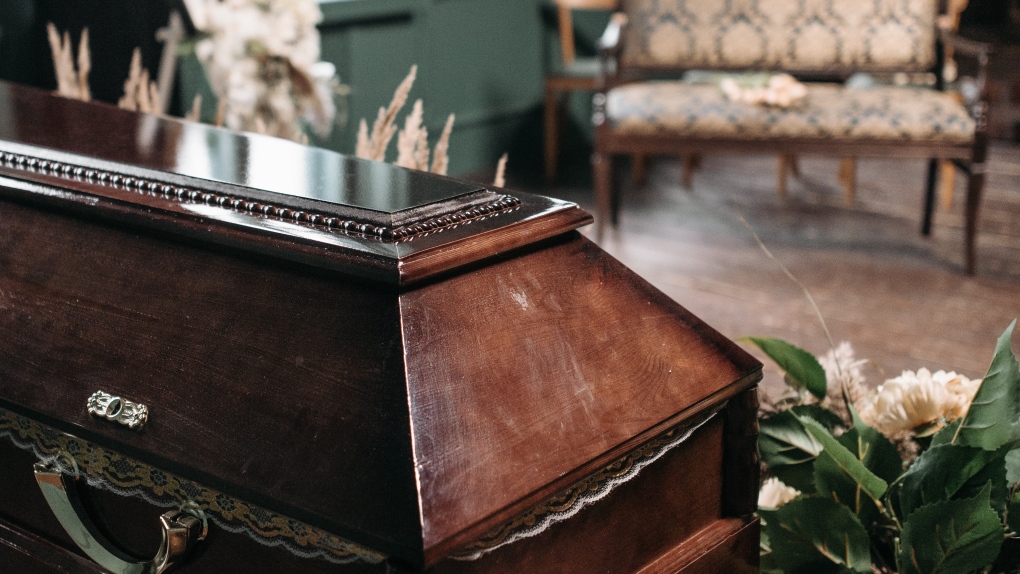 A former Colorado funeral home owner was sentenced to 20 years in federal prison on Tuesday for defrauding relatives of the dead by dissecting 560 corpses and selling body parts without permission.

Megan Hess, 46, pleaded guilty to fraud in July. She operated a funeral home, Sunset Mesa, and a body parts entity, Donor Services, from the same building in Montrose, Colorado. The 20-year term was the maximum allowed under law.

Her 69-year-old mother, Shirley Koch, also pleaded guilty to fraud and was sentenced to 15 years. Koch’s central role was chopping up the bodies, court records show.

“Hess and Koch used their funeral home at times to essentially steal bodies and body parts using fraudulent and forged donor forms,” ​​prosecutor Tim Neff said in a court filing. “Hess and Koch’s conduct caused immense emotional pain for the families and next of kin.”

The federal case was triggered by a 2016-2018 Reuters investigative series about the sale of body parts in the United States, a virtually unregulated industry. Former workers told Reuters that Hess and Koch conducted unauthorized dismemberments of bodies, and a few weeks after a 2018 story was published, the FBI raided the business.

In their filing, prosecutors stressed the “macabre nature” of Hess’ scheme and described it as one of the most significant body parts cases in recent US history.

“This is the most emotionally draining case I have ever experienced on the bench,” US District Judge Christine M. Arguello said during Tuesday’s sentencing hearing in Grand Junction, Colorado.

“It’s concerning to the court that defendant Hess refuses to assume any responsibility for her conduct.”

The judge ordered that Hess and Koch be sent to prison immediately.

Hess’ lawyer said she has been unfairly vilified as a “witch,” a “monster” and a “ghoul,” when instead she is a “broken human being” whose conduct can be attributed to a traumatic brain injury at age 18. In court on Tuesday, Hess declined to speak to the judge.

Koch told the judge she was sorry and took responsibility for her actions.

Twenty-six victims described their horror at discovering what had happened to their loved ones.

“Our sweet mother, they dismembered her,” Erin Smith said, selling her shoulders, knees and feet for profit. “We don’t even have a name for a crime this heinous.”

Tina Shanon, whose mother was dismembered against her will, told the court, “I’ve worn many masks to cover the pain. I’ll never be OK.”

It is illegal in the United States to sell organs such as hearts, kidneys and tendons for transplant; they must be donated. But selling body parts such as heads, arms and spines – which is what Hess did – for use in research or education is not regulated by federal law.

Hess committed crimes, prosecutors said, when she defrauded relatives of the deceased by lying about cremations and by dissecting bodies and selling them without permission. The surgical-training companies and other firms which bought the arms, legs, heads and torsos from Hess did not know they had been fraudulently obtained, prosecutors said.

At her funeral home, Hess charged families up to $1,000 for cremations that never occurred, prosecutors said, and she offered others free cremations in exchange for a body donation.

Prosecutors said she lied to more than 200 families, who received cremated ashes from bins mixed with the remains of different cadavers.