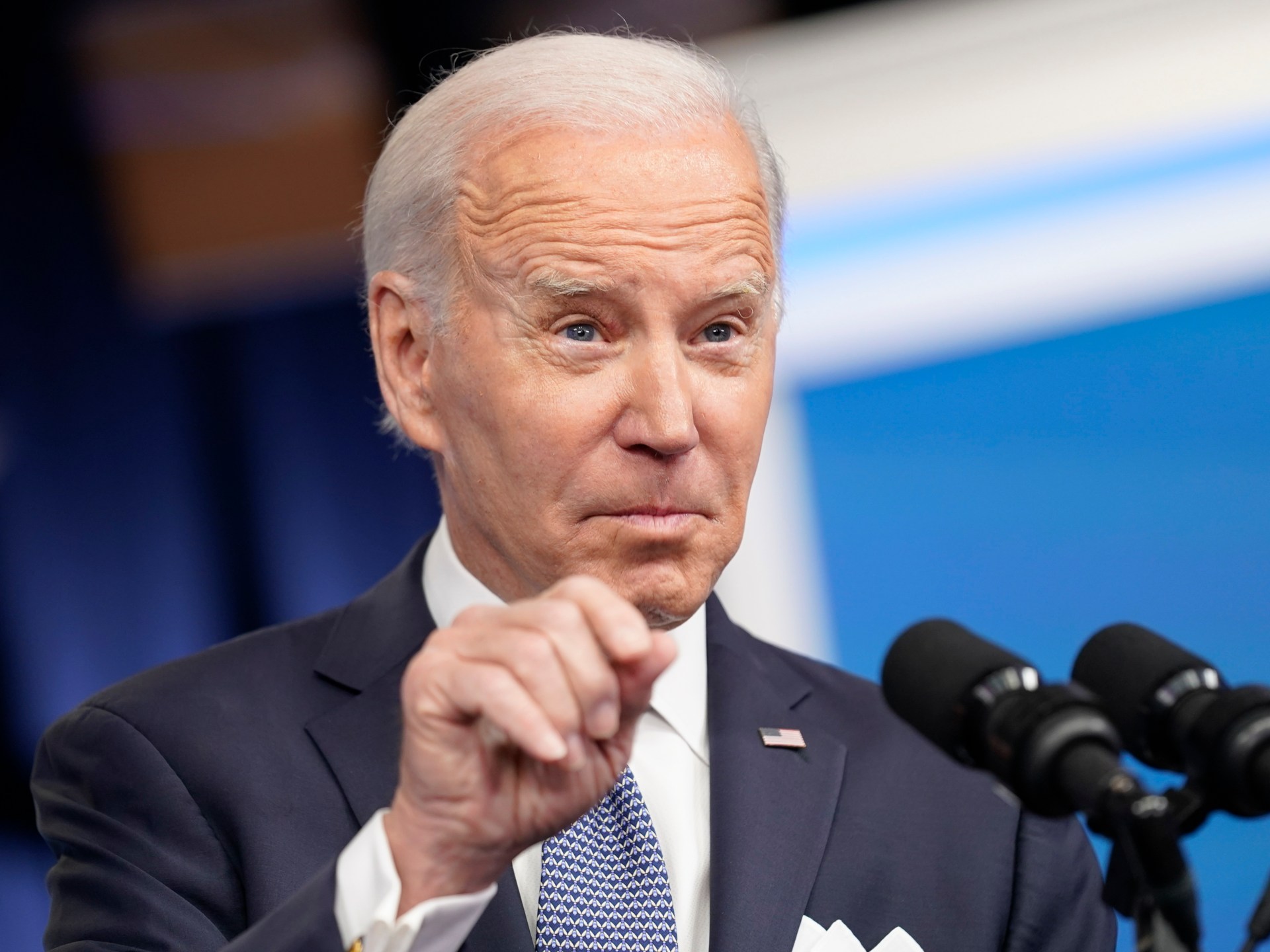 Things were looking better for US President Joe Biden as 2022 began.

His approval ratings were ticking up. Inflation was slowing, And as Democrats united behind Biden’s likely reelection campaign, Republicans were at war with themselves after a disappointing midterm season.

The appointment came after CBS News reported Monday that classified documents from his 2009-2017 vice presidency had been found at a Washington, DC office used by Biden. Following the report, the White House had acknowledged the information.

Democrats publicly and privately conceded that the stunning information and appointment of a special counsel was at best an unwelcome distraction at an inopportune time that muddies the case against Donald Trump. The Republican former president is facing a special counsel of his own and is under federal criminal investigation for his handling of classified documents and other potential transgressions.

There are major differences between the two cases. Most notably, there is no suggestion that Biden purposefully tried to prevent the documents discovered at his home or office from being turned over or that he was even aware of their presence. Trump, who is being probed for potentially obstructing investigators, also had far more classified documents in his possession.

But Thursday’s appointment of a special counsel nonetheless thrusts legal uncertainty over the sitting president and could revive debate among Democrats about the wisdom of his seeking a second term.

As Democrats recoiled into a defensive posture, Trump’s would-be Republican rivals in 2024 acknowledged that the contours of the upcoming race had shifted.

Trump “is the luckiest man in American politics”, said John Bolton, who served as national security adviser under Trump and is considering a Republican White House bid. “This ought to be disqualifying to both of them.”

Thus begins a messy election season in which the current and former presidents of the United States are both under investigation by special counsels as they gear up for a potential rematch in 2024. Many voters in both parties were already calling for a new generation of leadership to emerge in the nascent presidential contest. Such calls are now growing louder.

“On many political fronts, Biden’s touted 2024 campaign is potentially vulnerable,” said Norman Solomon, a progressive Democrat who leads the so-called “Don’t Run Joe” campaign, which is already running television ads against Biden in key states. “Democrats and the country as a whole would be much better off this year and next if he’s not running for president.”

The 80-year-old president has already indicated he plans to seek a second term, but he has yet to make a final decision. His allies believe he is likely to make a formal announcement after the end of March.

So far, at least, no high-profile Democrats appear willing to challenge Biden in a prospective presidential primary contest. Privately, however, some Democratic officials believe the new federal probe may help motivate an outside candidate.

Garland said Biden’s lawyers had informed the Justice Department on Thursday morning of the discovery of a classified document at Biden’s home, after FBI agents first retrieved other documents from the garage in December.

Speaking to reporters Thursday, Biden said he was cooperating “fully and completely with the Justice Department’s review”.

“People know I take classified documents and classified material seriously,” Biden said. He added, “My Corvette’s in a locked garage.”

There are stark differences between the Trump and Biden document cases, including the volume of documents discovered and the gravity of the continuing grand jury investigation into the matter at Mar-a-Lago, Trump’s Palm Beach, Florida, home.

Roughly 300 records with classification markings were recovered from Mar-a-Lago, a private club that hosts constant events. The search of Trump’s property was the culmination of months of back-and-forth between the government and Trump’s representatives, who repeatedly resisted efforts to return the missing documents. And the Department of Justice has said classified documents were “likely concealed and removed” from a storage room as part of what they allege was an effort to obstruct the federal investigation.

A warrant for the search showed the FBI was investigating crimes including the willful retention of national defense information and efforts to obstruct the federal probe.

Trump has nonetheless seized on the news, seeking to use it to undermine the investigation into his actions.

“It’s over,” Trump said in an interview with conservative talk radio host Mark Levin on Thursday evening. “When all of these documents started coming out and Biden had them, it really changed the complexion and the intensity that they were showing to me because, you know, what they did is – I don’t say far worse, I did nothing wrong — what they did is not good. What they did is bad.

Some Democrats were hopeful, but not certain, that voters might distinguish between Biden’s cooperative approach involving a small trove of documents he apparently possessed by mistake and what federal prosecutors described as Trump’s willful obstruction of hundreds of government secrets.

Bolton, a fierce Trump critic, predicted that the significant legal differences between the two cases would “get lost in the fog”. Now, he finds it hard to believe that Trump can be prosecuted for the Mar-a-Lago documents, regardless of the circumstances.

“I don’t see how a criminal case goes forward at this point,” Bolton said. “I just think it’s such a cloud over the prosecution.”

While the ground may have shifted, Trump’s legal challenges are not going to disappear.

Two months ago, Garland appointed former Department of Justice public corruption prosecutor Jack Smith to lead investigations into the classified documents discovered at Mar-a-Lago as well as key aspects of a separate probe involving the January 6, 2021, insurrection and efforts to undo the 2020 election.

Federal prosecutors have been especially focused on a scheme by Trump allies to elevate fake electors in key battleground states won by Biden as a way to subvert the vote. They issued subpoenas to multiple state Republican Party chairmen.

“I think everyone would wish this hadn’t happened, including the president,” he said. “But it’s important to keep all of this in context: Everyone views President Biden as a far more responsible figure than Donald Trump. And that cannot be forgotten.