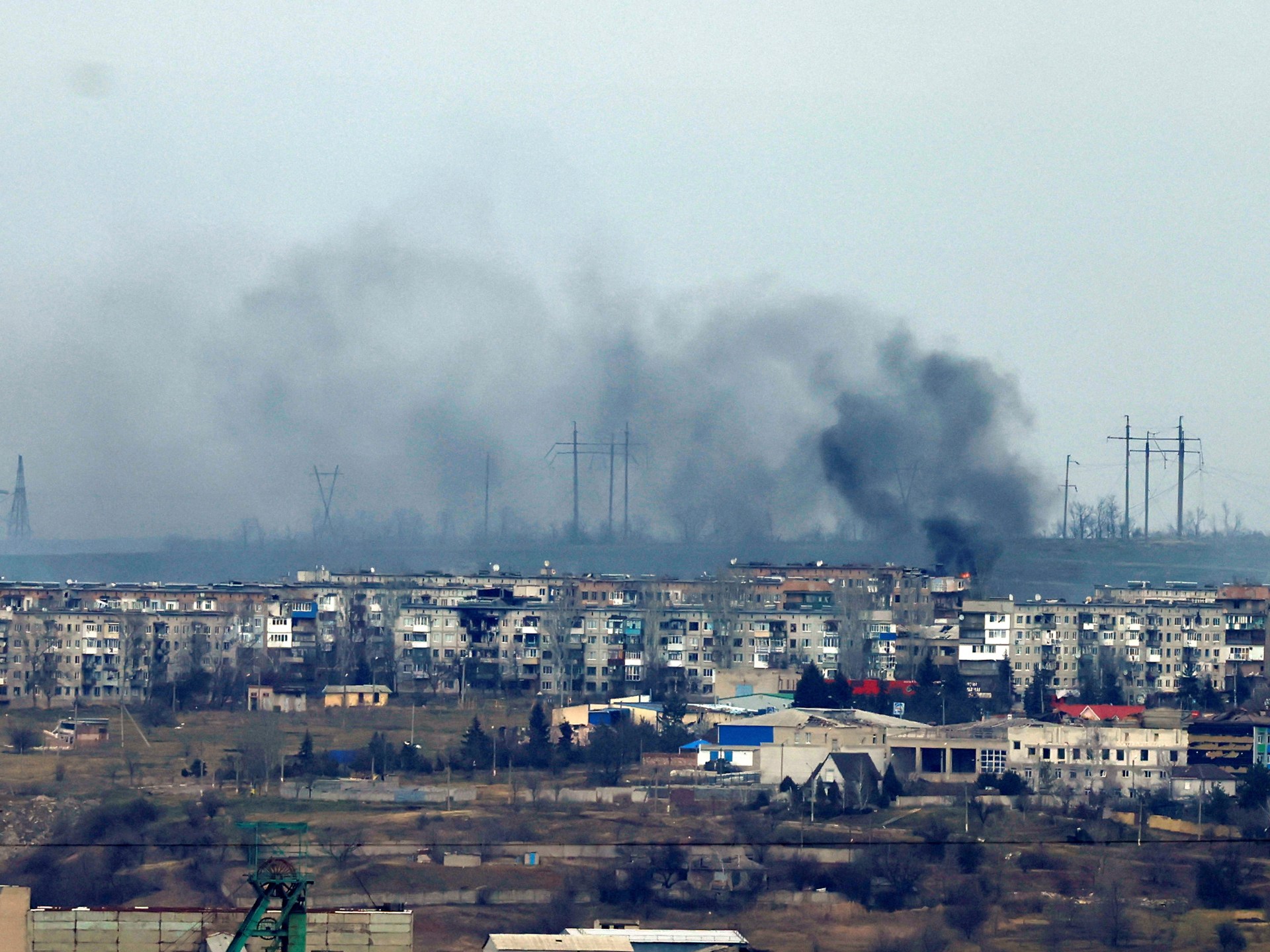 The battle for control of eastern Ukraine rages on with Russian forces focusing on Bakhmut – a strategic city they have failed for months to conquer.

Speaking to Al Jazeera in Bakhmut, a soldier who identified himself as Sergey from Ukraine’s special forces said Russia has launched massive attacks by its ground forces against Kyiv’s positions in recent months.

“They send their troops like waves, we cannot stop them every time because we have fewer guys. And unfortunately, we lost a lot of men,” said Sergey.

Another special forces member named Gora added, “They split into small sub-units in order to avoid our artillery and they infiltrate through residential areas and tree lines, but they also suffer huge casualties.”

Both sides have suffered heavy loss in the battle for the city, with Moscow desperate to sell any win back home after repeated humiliations and Ukraine determined to win back occupied territory.

Seizing nearby Soledar, a town about 15km (six miles) away, would help Moscow’s forces encircle Bakhmut and attack from a new direction in the north.

Described as one of the bloodiest campaigns of the war, Moscow’s capture of Soledar would be a significant victory following substantial battlefield setbacks throughout the second half of 2022.

“Soledar remains under control of our military, though there is street fighting and also fighting outside of the city because the enemy is trying to advance in several directions. The enemy is incurring huge losses,” Donetsk Governor Pavlo Kyrylenko said in a video posted on the Telegram app on Saturday.

Moscow has painted the battle for Soledar and Bakhmut as key to capturing the eastern region of the Donbas, encompassing the partially occupied Donetsk and Luhansk regions. Russia has said controlling those areas would help tie down the best Ukrainian soldiers and prevent them from launching counteroffensives elsewhere.

But that cuts both ways as Ukraine has said its fierce defense of the eastern strongholds has helped bog down Russian forces. Western officials and analysts have argued the two towns’ importance is more symbolic than strategic.

Analysts have said even if Russian forces were to seize Soledar, it would not mean Bakhmut would immediately fall, nor would it seriously threaten Ukrainian troops in the region.

“Such a victory [in Soledar] is unlikely to presage an imminent Russian encirclement of Bakhmut,” the US-based Institute for the Study of War think tank said.

Oleksandr Musiyenko, a Kyiv-based analyst, noted the fall of Soledar “would not mean the Ukrainian defensive line or front have collapsed and that it would be necessary to fall back to new defensive lines”.

Soledar is located in Ukraine’s Donetsk region, which Moscow unilaterally claimed to have annexed in September despite only occupying part of the area. The capture of the region is widely seen as a key Kremlin war objective.

But Kyiv and the West have played down Soledar’s significance, saying Moscow sacrificed wave upon wave of soldiers and mercenaries in a pointless fight for a bombed-out wasteland.

The streets are virtually deserted and the sound of exploding artillery and rockets is almost constant. Ukrainian forces watch Russian advances via drones as they work to prepare new lines of defense.

For Russia, control of Bakhmut would likely lay the groundwork for a push northwest, toward the larger cities of Sloviansk and Kramatorsk, Branislav Slantchev, at the University of California, San Diego, told The Hill,

Capturing Bakhmut would be a tremendous “morale booster” for the Russian war effort and would also pose difficulties for Ukraine in settlements across Donetsk, he said.

“It’s an important transport hub, a lot of supply lines go through there and Russia could use it as a base. It’s fairly well fortified so it would be difficult to take it back,” Slantchev explained.