Explainer: What is the Bradley Fighting Vehicle? 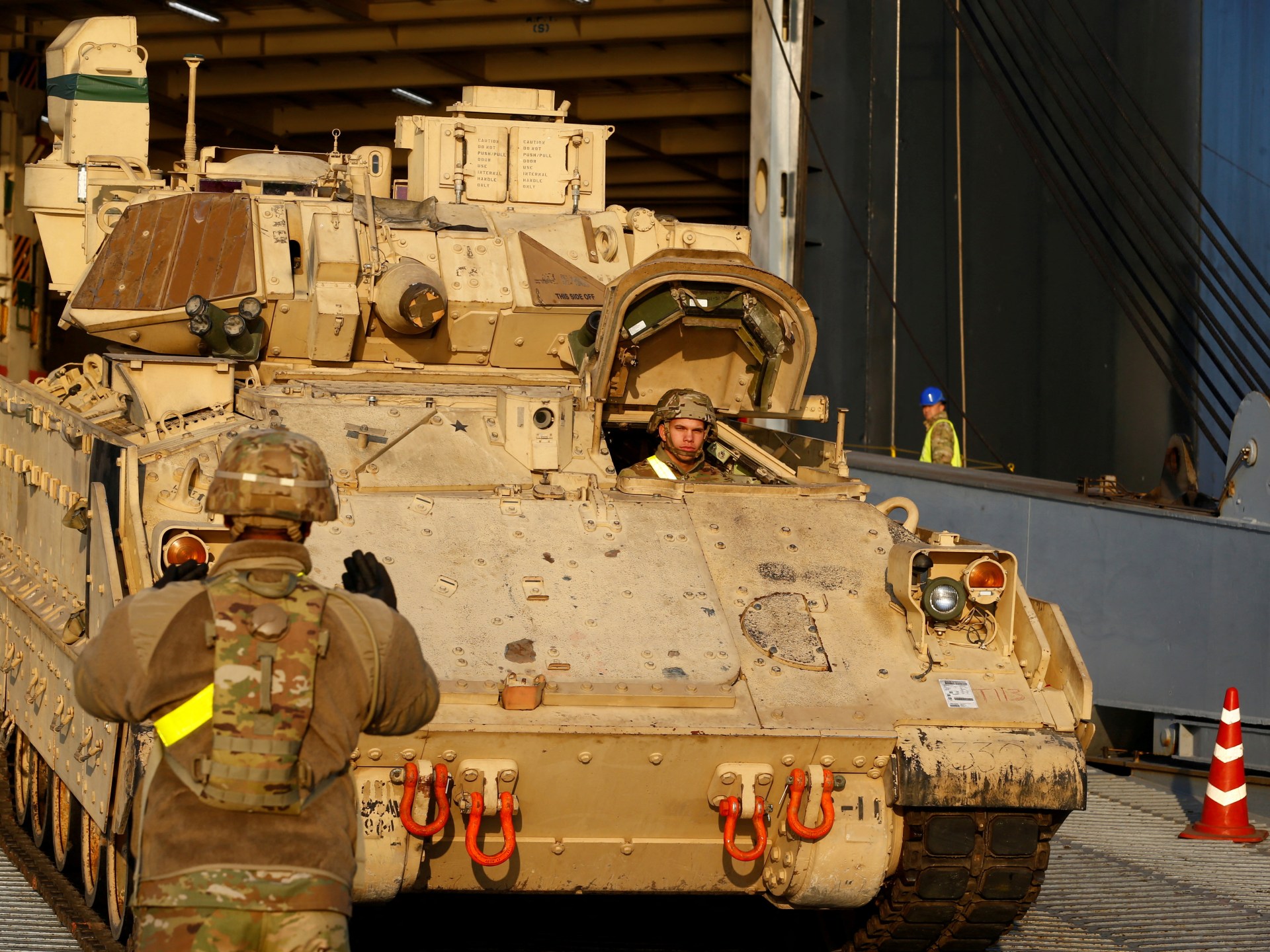 The Bradley infantry fighting vehicle is a tracked, medium-armoured vehicle armed with a 25mm gun.

The United States has said it will send dozens of Bradley armored fighting vehicles to Ukraine as it seeks to bolster Kyiv in its attempts to repel invading Russian forces.

The delivery is expected to total about 50 units and comes as part of a more than $3bn military assistance package for Ukraine announced by the White House on Friday, which Washington said was its largest aid package for Kyiv to date.

The US provided more than $21.9bn in military assistance to Ukraine in 2022, according to a State Department statements lastmonth.

In addition to the Bradley vehicles, White House Press Secretary Karine Jean-Pierre said the new package was expected to include mine-resistant ambush-protected light vehicles (MRAPs) and other personnel carriers, surface-to-air missiles, ammunition and self- propelled howitzers.

It comes as Germany has committed to sending its armored vehicles to Ukraine and follows a similar announcement by France earlier this week.

Ukraine has long pushed for heavier weaponry, including tanks, that would aid its operations. Western nations have been reluctant to send them, citing fears of becoming further drawn into the war or provoking Russia.

But the Ukrainians have built momentum and Western nations have been expanding the weapons they send them.

On Thursday, German Chancellor Olaf Scholz announced that his country would also provide 40 armored vehicles, known as Marders. in a joint statement with US President Joe Biden.

So, what is a Bradley Fighting Vehicle?

Does it differ from what Germany and France will send?

When will the Bradleys arrive in Ukraine?

Why does Ukraine want them?

Will heavy tanks come next?