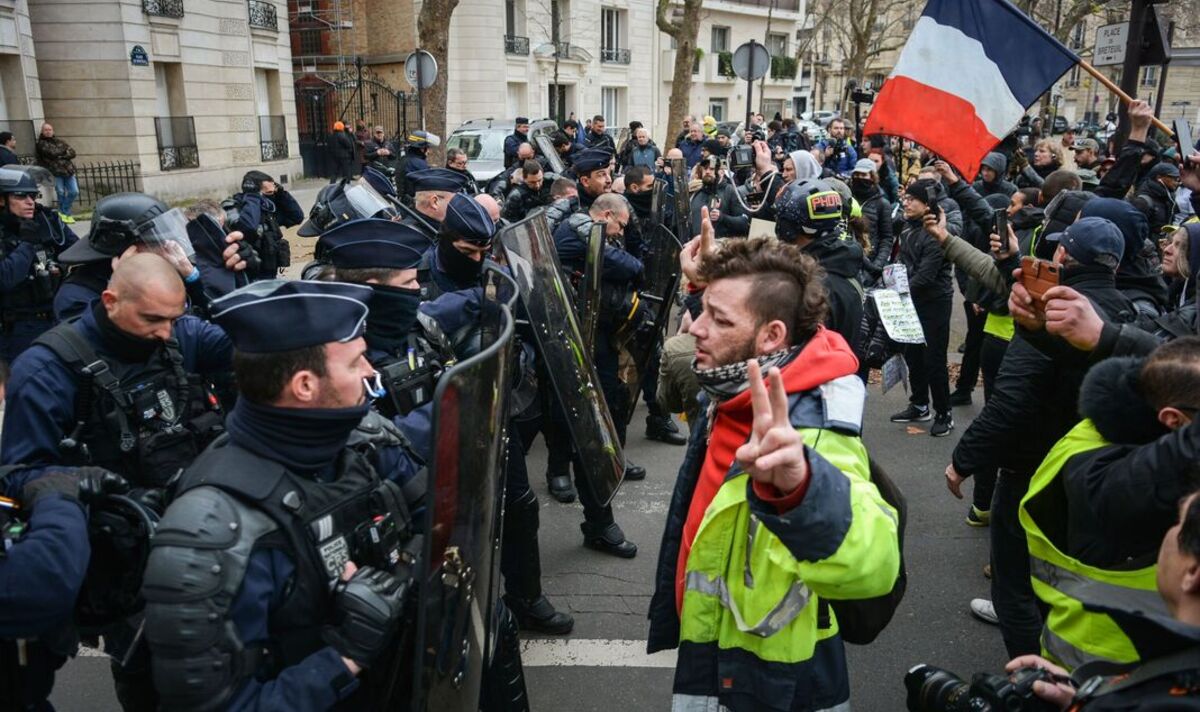 French politicians fear the latest EU proposals on carbon and fuel prices could see a return of Yellow Vests-like protests across the country. The european Parliament approved a new Emission Trading System (ETS) to include road transports and buildings when it comes to pricing emissions produced in private settings, including private households. Fuel from other sectors such as manufacturing will also be covered under the new proposals.

The plan, dubbed ETS2, will apply to Dieselheating fuels such as natural gas and petrol.

MEPs tried to delay the new scheme until 2029 but were forced to settle with the EU Commission and the Council of Ministers for 2027.

The move sparked concern among French politicians in and outside the European Parliament.

Frexit Generation leader Charles-Henri Gallois warned the plans could be “explosive” in France as he reminded this website mass Yellow Vests protests sparked from an issue with fuel prices.

He told Express.co.uk: “The carbon market will be a huge problem for our industries in Europe. You will have taxes for raw materials and semi-finished products that won’t have imported finished products.

“In other words, it’s a competitive disadvantage for our industries.

“It’s also the scam of own EU resources. It’s not an EU resource, it’s a state member’s potential fiscal basis that is stolen by the EU.

“In a case of a net contributor like France, it’s even worse as we won’t get back all the amount of the taxes raised.

ID MEP Aurelia Beigneux also said her group was “not in favor of extending ETS2 to fuels and heating”.

“We sincerely believe that Europeans are being mocked,” she added.

The European Parliament has said that the ETS2 “could be postponed until 2028 to protect citizens, if energy prices are exceptionally high. Furthermore, a new price stability mechanism will be set up to ensure that if the price of an allowance in ETS II rises above €45, 20 million additional allowances will be released”.

After the deal was approved, EPP MEP Peter Liese who was in favor of the move, said: “This deal will provide a huge contribution towards fighting climate change at low costs. It will give breathing space for citizens and industry in difficult times and provide a clear signal to European industry that it pays off to invest in green technologies.”

Parliament and Council will have to formally approve the agreement before the new law can come into force.