What does regenerative agriculture on a reservation look like? , Greenbiz 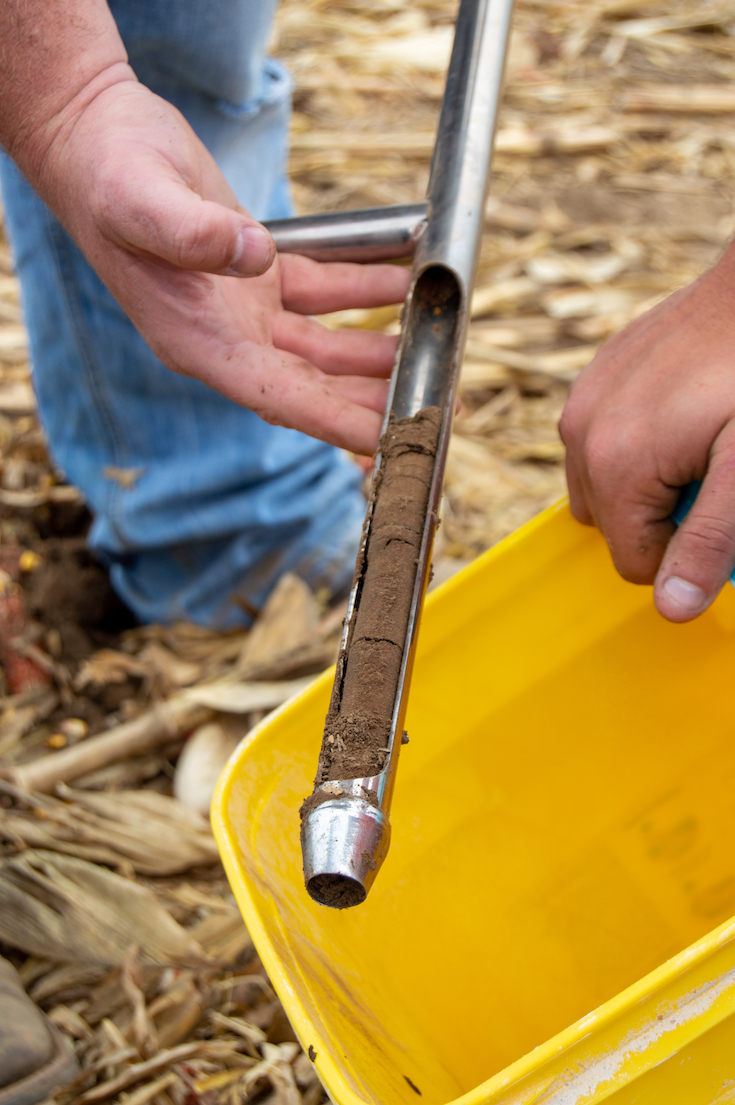 Traditional agriculture has started to inch slowly towards bringing indigenous communities and practices back to farming lands in order to rehabilitate the soils and create a climate resilient farming industry.

In November, the Biden administration announced the USDA Indigenous Food Sovereignty Initiative to further incorporate Indigenous perspectives into agriculture. In Alaska, that enabled the Nenana tribe to buy back 2,450 acres from the state and reclaim it as an Indigenous-led farm. It also led Nutrien, the fertilizer and farm input producer, to partners with Indigenous communities to incorporate their knowledge into its business practices and supply chain.

For the Iowa Tribe of Kansas and Nebraska, investing in regenerative agriculture over the past 10 years has reinvigorated the soil and created a profit to buy back some of their tribal lands. The tribe owns about 6,000 acres on a total reservation of about 12,000 acres — checkerboarded with non-tribe ownership.

It was originally a fully agricultural operation until the tribal-owned White Cloud casino opened in 1998. The tribe’s crops included corn, wheat and vegetables both for commercial sales and selling on the reservation to the 780 tribal members who live in the service area of ​​the reservation, which includes neighboring counties, as the closest grocery store is 25 minutes away. But the conventional farming practices were killing the land.

“I foresee in another 100 years, we won’t have enough topsoil in the United States to grow any food,” said Tim Rhodd, chairman of the Iowa Tribe of Kansas and Nebraska. “The tribe is leading the effort in not only bringing our old native ways, but marrying that with more, western science and regenerative agriculture practices that are in alignment with Mother Earth and Mother Nature.”

With the regenerative agriculture push, the tribe has expanded its crops to barley, rye, soy and sorghum. The tribe is also planting cover crops and pollinator plots, and integrating livestock rotations to help increase biodiversity and balance the nitrogen levels in the soil.

And in December, the USDA issued a $5 million Climate Smart Commodities grant for the tribe’s Center of Excellence for Regenerative Native Agriculture (CERNA) pilot program, That will continue to create new markets near the tribe for new crops, such as tofu and sorghum, and pay farmers on both tribal and the neighboring lands to learn and practice regenerative agriculture.

The Iowa Tribe also wants to expand the educational efforts to neighboring BIPOC farmers who aren’t tribal members. The goal is to incentivize regenerative agriculture practices and take the risk out of the transition, according to Rhodd. Farmers who sign up with CERNA get a guarantee from the tribe to buy everything that they produce.

“To change minds, you don’t want to tell them what to do and try to give them a really amazing argument,” Vannett said. “You want to remove barriers and that’s what we’re trying to do in every single step.”

The tribe is also partnering with Terramera, a Canadian soil testing technology company, to track how regenerative agriculture practices are affecting the soil. As part of the USDA grant, Terramera will supply the tribe with a yet-to-be-named suitcase-sized soil testing machine onsite that measures nitrogen, nitrate runoff and carbon levels for on-demand testing. The two organizations are still working out the leasing model for the system. The tribe’s previous regenerative work, including crop rotations, no-tillage and cover cropping, has already yielded incredible results, according to Karn Manhas, CEO of Terramera.

“In a short 4.5 years they literally grew soil, like inches and inches and inches of beautiful deep black soil,” he said. “They are literally taking carbon out of the atmosphere and putting it back into the soil where it actually is an economic resource.”

How regenerative ag became a cash crop for the tribe

Beyond the environmental drivers for moving to regenerative agriculture, the tribe wasn’t shy about the financial motivations. The conventional practice of elevator farming — growing crops that sit temporarily in a stockpile, such as a grain elevator, and not selling immediately to a food manufacturer — was financially unsustainable.

“We just couldn’t make it financially profitable,” Rhodd said. “And that’s because we were chasing yield. We’re trying to pivot away from [elevator farming] because there’s barely any margins.”

Chasing yield is also extremely harsh on the soils and can deplete them of nutrients. Focusing on a regenerative model that not only protected the soil but gave the tribal farmers a new mindset and a competitive advantage.

“It’s treating farmers as entrepreneurs; as true business owners, and getting them to elevate their businesses,” Vannett said. “Because the narrative is you’re a farmer, you grow a commodity, you sell it to an elevator. We’re shifting that and we’re saying you grow a product that can go into a consumer package group company that’s making a cool [energy] bar.”

The real success story for the tribe wasn’t a bar but tofu. The tofu market was $2.5 billion in 2021 and is expected to grow by 5 percent over the next five years. Central Soyfoods, the organic tofu producer based about 100 miles away from the tribe in Lawrence, Kansas, was exploring how to differentiate from competitors.

“I had been looking around for a local source that was not only producing organic soybeans, but it was doing it in a way that really kept the land in mind,” said the CEO, Martin Maigaard. “I’m trying to get ahead on that front from the product standpoint.”

Maigaard connected with the tribe through friends of friends in November 2021. Together, Central Soyfood and the Iowa Tribe were able to build up a market for the new crop and grow it sustainably. According to Rhodd, the soybean farmers didn’t use herbicides or prevent the plants on the field from seeding, which would have suppressed some weeds, a typical practice.

Rhodd heard rumors about chatter in local coffee shops by other farmers who had driven past the field and scoffed that soybeans wouldn’t grow. Just a few days later, however, the soybeans started to emerge.

“We said we were going to produce the best goddamn tofu on the planet and, lo and behold, we did,” he said. “The product was more earthy with different flavonoids. That’s what opened up the doors to me that this really does work and we’re doing it and we’ve made it.”

And it is paying off. According to Rhodd, that year the tribe was able to sell the soybeans directly to Central Soyfoods for $32.50 a bushel while the other farmers sold their soybeans to an elevator for $13 a bushel.

“That makes any commodity farmer stop in their tracks to really ask, ‘What are you doing?'” said Vannett.

That number got the attention of more resistant farmers, according to Rhodd, who is talking to a holdout about applying for a soil health grant. Rhodd had printed and shared with him the positive tofu financials at the end of the growing season.

“I really appreciate working directly with folks and not necessarily through a grain company,” Maigaard said. “I want to see if our little brand can help influence some larger ones.”

The increase in profits is also funding the tribe’s efforts to buy back the other half of their ancestral tribal lands and bring it back within the borders of the reservation. And it is experimenting with vertical integration by making new consumer products as another income source.

The tribe started growing hemp, which is great for the soil, breaking up compactionand has its own processing lab for extracting the oils and creating hemp cigarettes and CBD lotions under the label Sojethe native word for smoke.