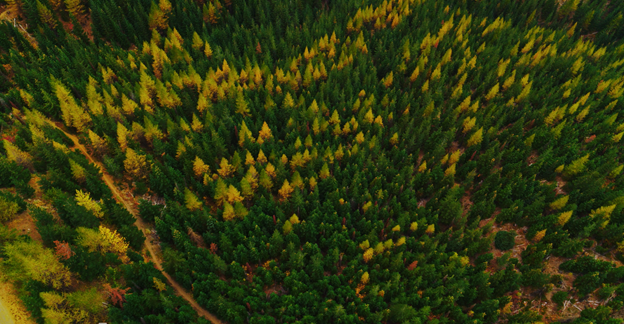 Key headwaters of the Yakima River Basin can be found in the Taneum Watershed, making it important to water quantity and quality throughout the basin. Additionally, the Taneum provides critical habitat for fish and wildlife.

The watershed also offers excellent recreation opportunities. People from Washington State and beyond travel to the Taneum to enjoy time with their friends and family on the trail—an exceptionally popular activity in this area is motorcycle riding.

Whether any person recreating in the Taneum knows it or not, they are likely crossing between Okanogan-Wenatchee National Forest lands and lands managed by The Nature Conservancy while out on an adventure. This is a result of a checkerboard pattern of property management found here and elsewhere throughout the western United States; The checkerboard pattern creates various challenges for land managers striving toward differing goals.

On top of that, the trails in the Taneum Watershed are majority user-built trails inherited by the Cle Elum Ranger District and The Nature Conservancy upon acquiring the land. Trail design takes a lot of effort and planning to ensure there aren’t negative impacts to the surrounding environment, which was not considered when these trails were originally created. As they are now, the trails face degradation from erosion, which increases sedimentation in streams and decreases the quality of aquatic habitat.