See all the planets in January – Astronomy Now 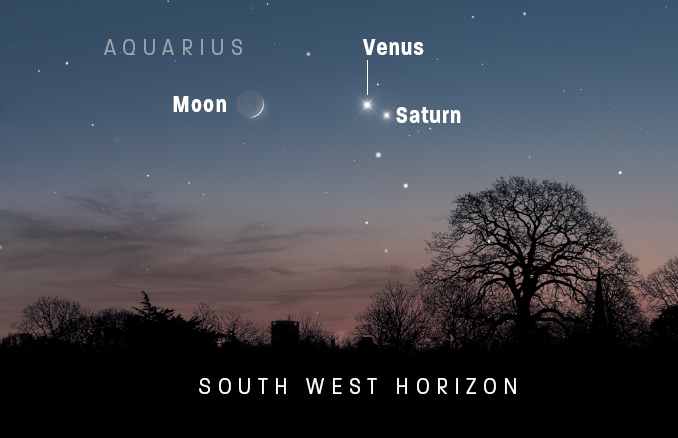 The new year gets off to a great start with all the planets visible in the night sky at some point during January. The planets can all be spotted in the evening sky (Mercury is a tough proposition though), with the red planet Mars being the most accessible, though it’s outshone by dazzling and increasingly-prominent Venus and a fading Jupiter. There’s an exciting conjunction of Venus and Saturn, while a New Year’s Day spectacular sees Uranus occulted by the Moon.

Venus takes its time to achieve a decent elevation in the post-sunset sky; it’s on the long haul to a greatest eastern elongation from the Sun on 4 June. Across an uninterrupted horizon, Venus’ brilliance makes it an easy capture at the start of January soon after the Sun sets, though town and city dwellers may need to wait until towards the end of the month for it to peep above the house- and tree. -tops. With the Sun 6° below the horizon some 40 minutes after sunset, Venus improves in altitude from around 5° to 12° during the month.

Venus and Saturn are on opposite paths at the start of 2023. Venus pulls steadily east of the Sun, climbing steadily away from the south-western horizon and out of the twilit mire. Saturn has been a fading force for some months now following its late-summer opposition. This month it sinks inexorably toward early-evening oblivion, on its way to a date with the Sun next month.

However, before disappearing from view Saturn has one last hurrah, crossing paths with brilliant Venus soon after sunset between 21 to 24 January, when the pair are within 2° of each other. One important caveat for observing this conjunction is that you’ll need to find a good view to the south-western horizon, with the planetary pair lying just 10° high from the south of England (their altitude is just a couple of degrees lower from Scotland). The pair are seen at their closest on 22 January, when magnitude –3.9 Venus lies 25′ south of magnitude +0.8 Saturn. Look for them about 40 minutes after sunset at about 5.10pm GMT.

Soon after sunset on the following early-evening a very young crescent Moon appears to the east of Venus and Saturn, giving astro-imagers an even more picturesque scene to shoot.

MassDEP Proposes Cumulative Impact Analysis Regulations — It’s About to Get Interesting. – Law and the Environment