Elusive Wildcat Found To Be Living On Mount Everest 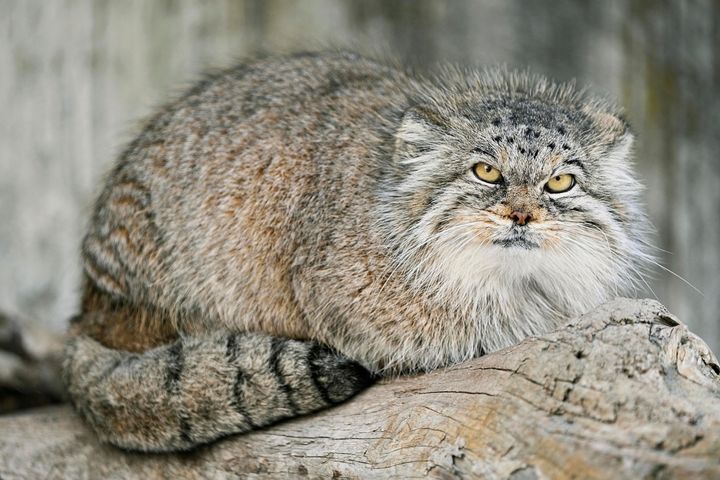 Scientists have confirmed the presence of an elusive and distinctly grumpy-looking wildcat in Mount Everest.

The Pallas’s cat, also known as the manul, is a stocky gray wildcat about the size of a domestic housecat. The wildcats make their homes on the high steppes and grasslands of Central Asia. Their solitary nature and remote habitat means they’re rarely spotted in the wild by humans.

“It is phenomenal to discover proof of this rare and remarkable species at the top of the world,” Dr. Tracie Seimon of the Wildlife Conservation Society’s Zoological Health Program said in a news release from the nonprofit.

Seimon was a co-leader of the research team that collected “environmental samples” (read: feces) from Everest’s slopes. Using DNA testing, they determined that scat at two different locations—at 16,765 feet and 17,027 feet above sea level—came from Pallas’s cats.

Researchers took the samples in 2019, and a paper on their findings was published in the winter 2022 issue of the International Union for Conservation of Nature’s newsletter “Cat News.”

“The discovery of Pallas’s cat on Everest illuminates the rich biodiversity of this remote high-alpine ecosystem and extends the known range of this species to eastern Nepal,” Seimon said.

While Pallas’s cats aren’t as widely known as some feline species―like their relative, the snow leopard they’ve carved out an internet niche due to their unique appearance and somewhat crotchety-seeming demeanor.

“The idea of ​​a Pallas’s cat sneering at elite climbers from behind a rock is truly warming my heart,” she wrote.

BREAKING: World’s greatest animal found on world’s highest mountain via non-invasive genetics! The idea of ​​a Pallas’s cat sneering at elite climbers from behind a rock is truly warming my heart.https://t.co/nv0SyBr9hD