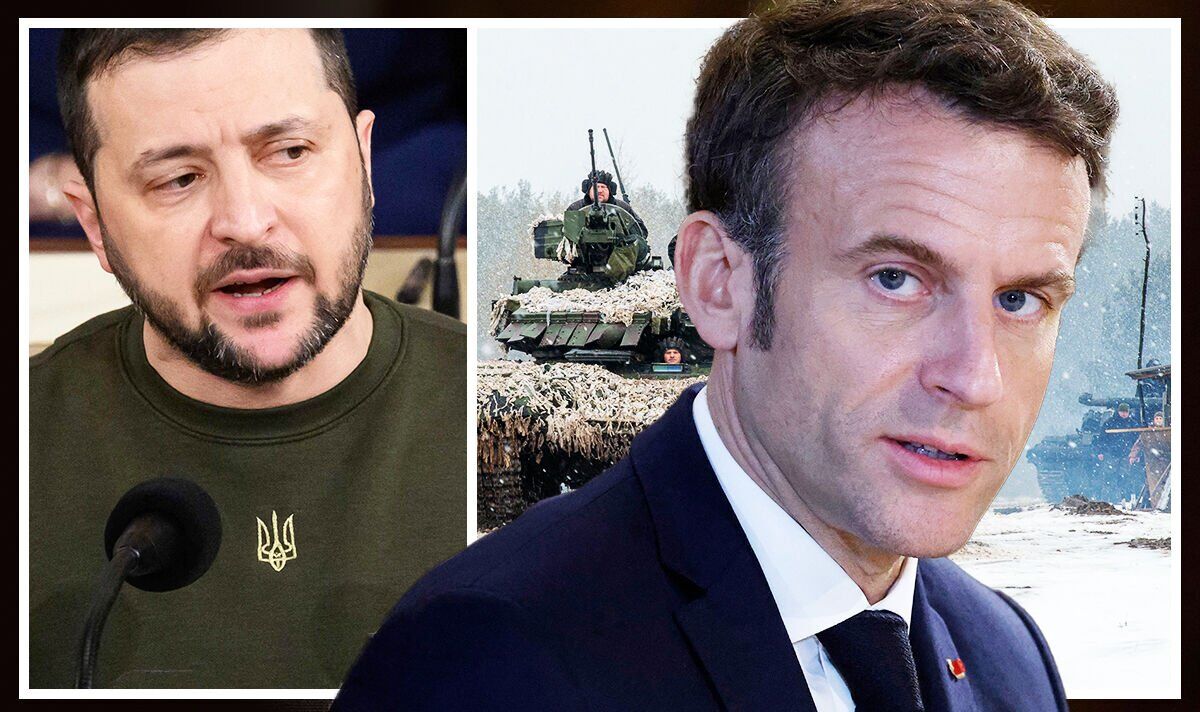 They asked those polled what people and institutions they have “confidence” in, and just 43 percent gave a positive answer about the French President.

Among heads of state, Mr Macron was placed tenth overall in the eyes of the Ukrainian public.

Polish President Andrzej Duda was the most popular with 86 percent saying they had confidence in him.

Poland has provided Ukraine with diplomatic and military support, as well as welcoming the most Ukrainian refugees of any country to the West.

The survey found that 97 percent distrusted Putin and 94 percent said the same for Lukashenko.

Russia has also received a lot of diplomatic support from Chinese President Xi Jinping. As a result, 73 percent of Ukrainians say they also do not trust the ruler in Beijing.

Hungary’s Viktor Orban has been one of the few European leaders to side with Putin during the war – 69 percent in Ukraine gave a negative view of the Hungarian Prime Minister.

French President Macron has thrown more weight behind Ukraine in recent days, which could see his approval ratings in Ukraine improve in the coming months.

He promised this week to send “light” battle tanks to Ukrainemaking France the first country to send Western-designed armored fighting vehicles to Kyiv.

France had previously refused to send tanks to the Ukrainians, but Mr Macron’s change of heart will come as welcome news for Volodymyr Zelensky.

Adviser to France’s Armed Forces Minister Sébastien Lecornu said: “Ukraine is at a tipping point now at the frontline … Russia is trying to terrorize the population with its drone attacks that sometimes reach as far as Kyiv, but Ukraine could also start a counter-offensive.”

Mr Zelensky thanked the French President on Twitter, saying: “Had a long and detailed conversation with President of France Emmanuel Macron on the current situation.

“Thanked for the decision to transfer light tanks and Bastion APCs to Ukraineas well as for intensifying work with partners in the same direction.

“Agreed with Emmanuel Macron on further cooperation to significantly strengthen Ukrainian air defense and other defense capabilities. We also agreed to work on the implementation of #PeaceFormula. Thank you, friend! Your leadership brings our victory closer.”

According to reports, the UK is considering following in France’s footsteps to also send tanks to Ukraine,

Sources have reportedly said that the UK could also persuade Germany to follow suit.

Sky News reported that the UK could send 10 Challenger 2s. Kyiv wants 300 tanks in total so that Ukraine can mount a bid for victory over Russia in 2023.