Czech presidential election: What you need to know 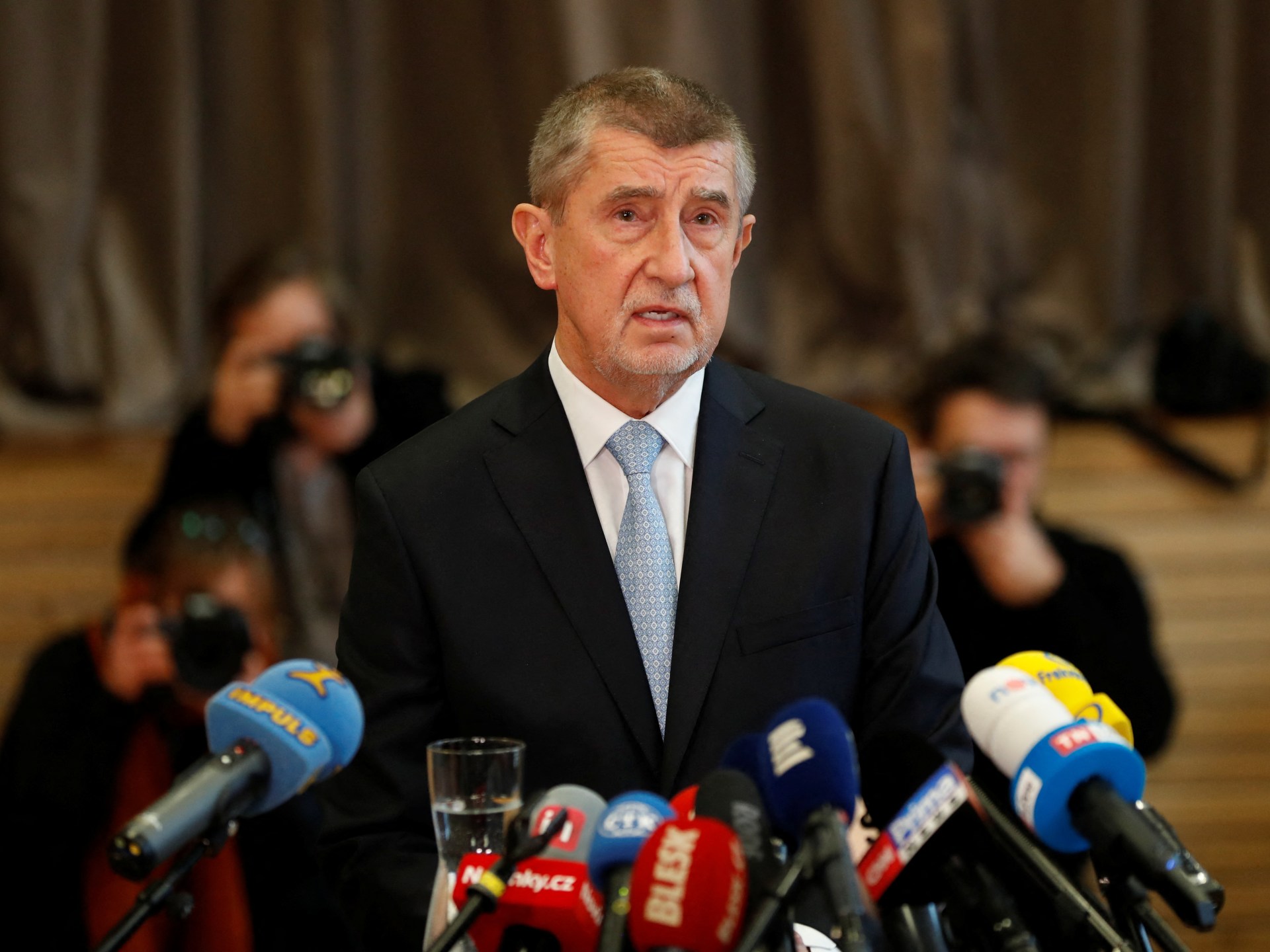 Prague, Czech Republic – Eight candidates will face off in this week’s Czech presidential election, and one thing is certain: The next head of state will be from the opposition.

“What makes these elections extraordinary is that none of the candidates represent the three-party governing coalition,” political analyst Jan Herzmann told Al Jazeera. “It is a battle among opposition parliamentary candidates.”

That no candidates represent the current government is, according to Herzmann, “unheard of in the Central European context”.

No candidate is expected to win a majority of the votes in the first round on Friday and Saturday. If that is the case, the field will narrow to the top two candidates in a run-off on January 27 and 28.

The winner, according to Herzmann, will need to re-establish the presidential role after the outgoing president, Milos Zeman, overstepped his constitutional rights several times.

The 78-year-old has been in power since 2013, having served two five-year terms.

He was criticized for seeking to improve relations with China and Russia until the Ukraine war erupted, and he often made anti-refugee and anti-Muslim comments. He also came under fire for interfering in Czech politics.

“The Czech president has similar rights to the president of Austria or Germany in that their role is rather formal,” Herzmann said. “This stands in contrast to countries like France where the president is de facto head of government.

“But Zeman had gone beyond his constitutional power numerous times by being overly involved in politics. He made himself more visible than previous presidents. Now it is up to the new head of state whether they will continue in Zeman’s footsteps or respect their role as defined by the constitution.”

A case for the president

One of the three leading candidates is former Prime Minister Andrej Babiš, who faced trial as the main suspect in a subsidy fraud case just four days before the vote.

Babiš, 68, was acquitted by Prague’s municipal court on Monday in a major win for one of the Czech Republic’s richest men. He was accused of hiding his ownership in a company to secure 2 million euros ($2.2m) in European Union subsidies to build a conference center near Prague.

According to Herzmann, the court’s decision could have a significant impact on the presidential race.

“Babiš’s opposition candidates were counting on using the trial as the main argument as to why he should not be elected,” the analyst said. “But since he is no longer facing criminal charges, this is no longer relevant. Whether Czechs will believe Babiš’s version of why he stood trial, that he has become some form of a political victim, remains to be seen.”

He said the verdict, along with last week’s withdrawal of another candidate, trade union activist Josef Stredula, could boost Babiš’s popularity by 3 to 4 percent.

The billionaire tycoon is expected to secure 26.5 percent of the votes, according to the Median market research agency.

“The final results depend largely on public attitudes surrounding the court case and Babiš’s persona,” Herzmannn said. “This is hard to predict as public opinion is based on emotions more than facts.

“The court’s favorable decision towards Babiš could help him gather votes from undecided voters.”

Babiš is not the only controversial candidate.

The other two front runners are both polling at about 27 percent and also face criticism over their past.

Petr Pavel is an independent candidate, the former chairman of the NATO Military Committee and former chief of the General Staff of the Czech Armed Forces – and he has been repeatedly blasted for his admitted membership in the Communist Party of Czechoslovakia in the years before the Velvet Revolution.

The 61-year-old, who is often referred to as “general” by Czechs, built his campaign on his pro-EU stance, support for Ukraine and energy sustainability.

The other strong candidate is Danuše Nerudova, the only woman in the race.

An economist, university professor, and former rector of Mendel University in Brno, she was accused of plagiarism and fast-tracking doctoral degrees.

Nerudova has acknowledged she could have acted faster when dealing with the issues raised at Mendel but has denied wrongdoing.

The 44-year-old campaigned on better education, equal rights for all and pension reforms.

Nerudová and Pavel support the EU, are committed to the fight against climate change and support same-sex marriage, which remains illegal in the Czech Republic. These values ​​have made them popular among younger voters.

First-time voter Anezka, an 18-year-old from Teplice, says she will vote for Nerudova.

“She is the only candidate who understands the needs of young people and seems to be truly committed to modern values,” she told Al Jazeera, citing Nerudova’s support for students and sympathies with LGBT groups. “Also, I would like to have a female president.”

Tomas, a 39-year-old voter from Prague, says he feels as though the former general is the best candidate to lead the country through an economic crisis and possible fallouts from the war in Ukraine.

The Czech Republic is home to almost 500,000 Ukrainian refugees. Only Russia, Poland and Germany have more.

“The country has a big challenge of integrating refugees from Ukraine while, like the rest of Europe, we remain under constant threat from Russia,” Tomas said. “The general had been consistent in his anti-Russian stance and support for Ukraine, which is why I plan to support him in both rounds of the election. I also believe that he has the biggest chance of beating Babiš, which should be of common interest to all.”

Tight race for the top

Herzmann said the outcome will depend on undecided voters and the turnout rate.

“Some polls suggest that voter turnout could be around 75 percent of all eligible voters, but I suspect it will be only slightly higher than previous presidential elections in 2013 and 2018 when around 60 percent of voters came to cast their votes,” the analyst said. .

An increase would reflect an increasingly polarized society, Herzmann said.