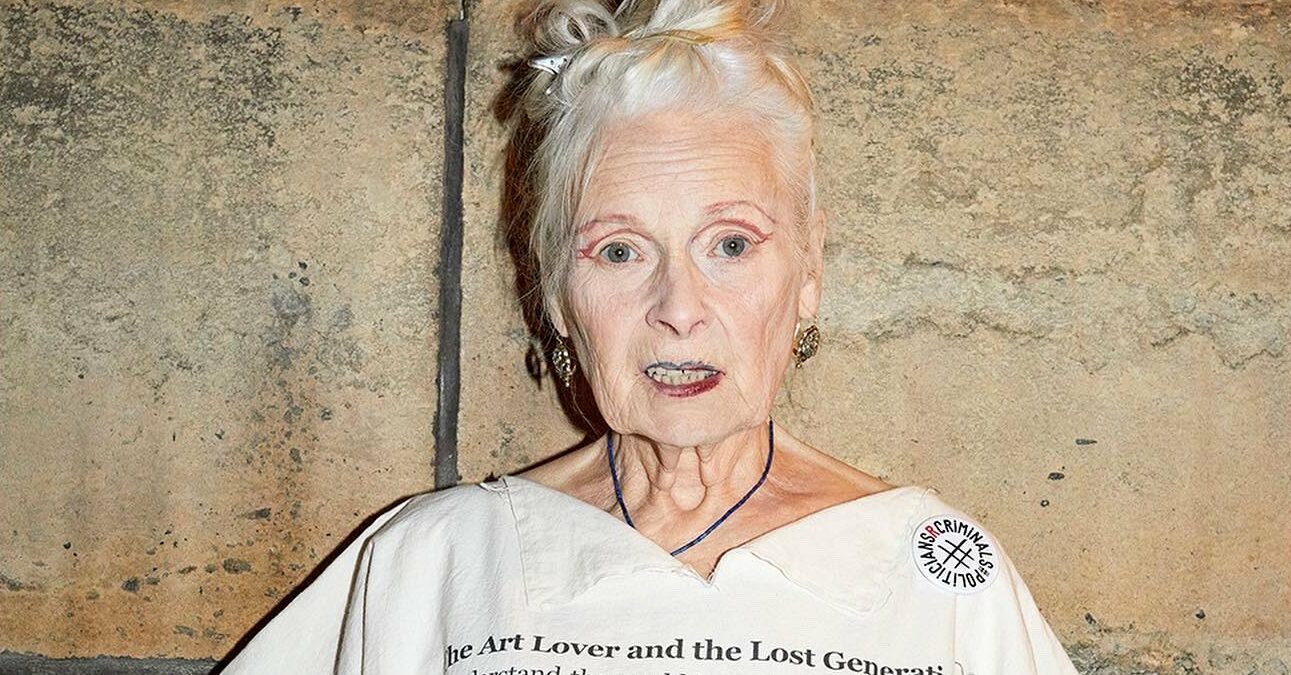 Vivienne Westwood, the influential fashion designer who played a key role in bringing the British punk movement into the mainstream, has died. according to a statements from her company, Westwood died yesterday (December 29) “peacefully and surrounded by her family, in Clapham, South London.” She was 81 years old.

Born Vivienne Isabel Swire in the Derbyshire village of Tintwistle in 1941, Westwood started making her own clothes as a teenager by the following patterns. She took a jewelry and silversmith course at the University of Westminster when her family moved to Harrow, Middlesex, but dropped out after one term. She took up a job in a factory and studied at a teacher-training college, becoming a primary school teacher while continuing to make her own jewelry. In 1962, she married Hoover factory apprentice Derek Westwood and gave birth to her first son Benjamin Westwood, but the marriage ended after she met Malcolm McLaren, who she married in 1965. Their son Joseph Corré was born in 1967.

Westwood continued to teach until 1971, when she left her job to create clothing full-time and opened a London boutique with McLaren, which rebranded several times before being named SEX in 1974. The store’s rebellious aesthetic became the look of the London punk scene, serving as a meeting place for many of its early members, including Sid Vicious, Siouxsie and the Banshees guitarist Marco Pirroni, and the Pop Group vocalist Mark Stewart. After McLaren became the Sex Pistols’ manager, the couple drew traction as the band started wearing their designs.

Westwood’s first official fashion collection, Pirates, debuted in 1981. As she became one of the fashion world’s most celebrated figures, she continued pushing boundaries and found new ways to shock. She went on to design academic dresses for King’s College and worked closely with Richard Branson to create uniforms for Virgin Atlantic crews. She used her platform to further her activism, and in the mid-2000s turned her focus toward the environmental crisis. In a 2007 manifesto titled Active Resistance to Propaganda, she wrote: “We have a choice: to become more cultivated, and therefore more human – or by not choosing, to be the destructive and self-destroying animal, the victim of our own cleverness (To be or not to be).”

“Vivienne continued to do the things she loved, up until the last moment, designing, working on her art, writing her book, and changing the world for the better,” the company’s social media post read. “She led an amazing life. Her innovation and impact over the last 60 years has been immense and will continue into the future.”

The statement concluded with a quote from Westood, who considered herself a Taoist: “The Tao spiritual system. There was never more need for the Tao today. Tao gives you a feeling that you belong to the cosmos and gives purpose to your life. It gives you such a sense of identity and strength to know you’re living the life you can live and therefore ought to be living: make full use of your character and full use of your life on earth.”

Tributes have poured in for the fashion designer in the wake of her passing, including from artists such as yoko ono‘The Pretenders’ chrissie hynde, Massive attack, Garbage, the Avalanchesand Maggie Rodgers,

Finding a New Glorious Purpose: Loki and the Failure of Materialism – Christ and Pop Culture

Around The Streets Of Paris (Part I)

Clean energy is taking over the Texas grid. State officials are trying to stop it.

How to Make YouTube Shorts: A Guide for Newbies