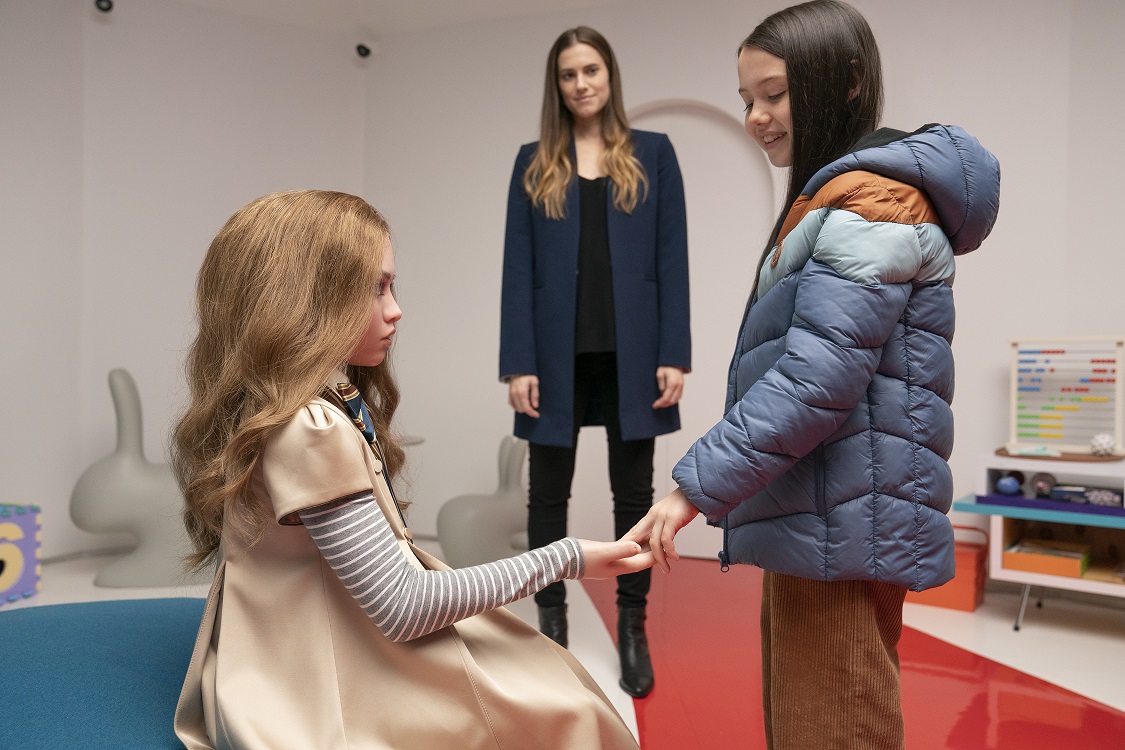 With positive reviews on it’s debut in America, I was excited to see what James wan, the master of horror had conjured up next. From the early trailers you could see that this film was about a lifelike children’s doll powered by cutting-edge artificial intelligence that goes on a killing spree, simply called M3GAN. With the help of horror studios Blumhouse, so much buzz and interest was generated in “M3GAN”, than there had been in any horror film of the last 6 months, making viewers anticipation at an all new high.

The story of M3GAN is that she is a marvel of artificial intelligence, a life-like doll programmed to be a child’s greatest companion and a parent’s greatest ally. Designed by brilliant toy-company roboticist Gemma (Allison Williams), M3GAN can listen and watch and learn as she becomes friend and teacher, playmate and protector, for the child she is bonded to. When Gemma suddenly becomes the caretaker of her orphaned 8-year-old niece, Cady (Violet McGraw), Gemma’s unsure and unprepared to be a parent. Under intense pressure at work, Gemma decides to pair her M3GAN prototype with Cady in an attempt to resolve both problems—a decision that will have unimaginable consequences.

Cady, is played beautifully by Violet McGraw. It’s clear to see in this film she’s a huge talent. For people that are unfamiliar with her work she can be seen in Dr. Sleep and The Haunting of Hill House, where she played Nell as a child. She is also the younger sister of Madeleine McGraw, who was brilliant in last years horror flick The Black Phone and we also got the chance to chat with her last year, Allison Williams, who made her feature film debut in ‘Get Out’, I feel is outstanding in this. She’s cemented herself in a place that will have the rest of Hollywood taking notice. M3GAN (performed by Amie Donald and voiced by Jenna Davis) is clearly pure evil from the start of this movie. Their combined performance make the M3GAN character intensely watchable.

The story written by both Wan and Akela Cooper is at its very best when developing the very real relationship between Cady and her android friend. It gives us a glimpse into how we could use artificial technology as a kind of emotional support, and how it could help us grow and develop as people.

‘M3GAN’ is a genuine surprise, intelligently and sharply-written. It’s the first presentation from a James Wan and Jasom Blum collaboration, that in the future could have them achieving true greatness in the Horror genre.