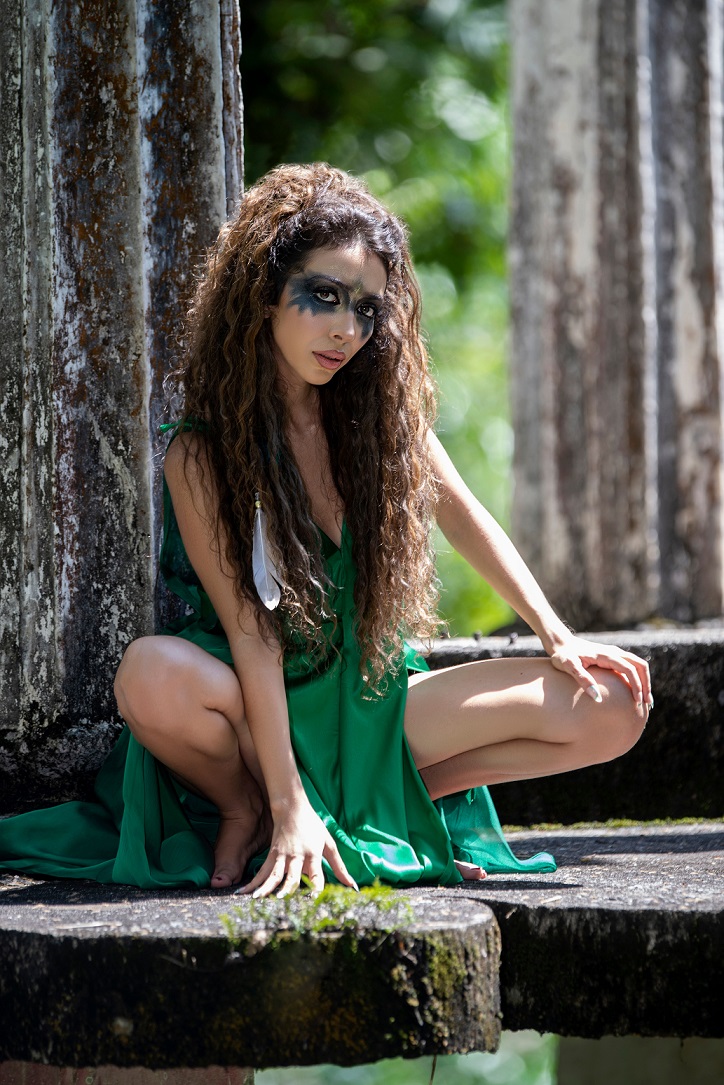 Alisun was born in Los Angeles, California and is a proud heiress of her Latin roots – Cuban and Mexican. At a young age she discovered her musical and performance talents and dedicated herself to learning the piano, as well as taking vocal and acting classes. Diving right into her passion, she also participated in endless plays and live musical performances.

As a professional artist, her talent was recognized by Camila and she was soon invited on a two-year tour throughout the US and Latin America, showcasing her alluring voice. The year 2021 marked a special time in her life, releasing her first solo single. “HYPOTHERMIA,” officially breaking her into the entertainment world. The indie/pop artist has defined her music as a magical and immersive experience, and to give continuity to her project, the magic continued with the premiere of a new song. “THEY LIVE IN AND AROUND US”,

Alisun’s fans can’t get enough of her angelic voice and are highly anticipating the release of her EP “MUNDIO”,

So how did your musical journey begin?

I grew up in a very musical environment, so I suppose my journey started when I was a toddler and just enjoy listening to everything my family played. Later on, I took piano, dance, and would do little shows for my family and at local theaters as well.

How would you describe your sound? Do you think your heritage has influenced your sound at all?

I would describe it as experiential and continuously evolving with time. I think this will make more sense as my music is released, but I see it as something to be experienced beyond a particular style (: What influences my sound is my curiosity to explore different cultures and sounds as well as trying to blend different styles together ☺️

Your new song is called ‘Around the World’, can you tell me a bit about the song and what inspired you to write it?

Around the World is a song that I wrote in response to Greta Thunberg’s UN speech where she called out all these world leaders for their lack of action towards the climate crisis and how they’ve let our and future generations down. The song is where I respond saying I will not let you down and let her know that more and more allies are rising through their actions not just thoughts and ideologies.

You also have an EP on the way due for release on January 19th called ‘Mundieo’, what can your fans expect from the EP?

They can expect a strong message about protecting our planet, something that we are all a part of. The EP is named after my song that talks about the earth and there will also be a cinematic, James Bond-ish sounding song called My Fire, which talks about forbidden love.

Where does your inspiration come from to write your songs?

It depends on the song but in the past my inspiration has come from things that I feel I need to stand up for, people and relationships in my life, and also my greatest inspiration, nature.

What’s your favorite song on the EP and why does it mean so much to you?

My favorite song on the EP is the title track, Mundieo, because it gives a voice to nature in a way that I feel hasn’t been expressed before. Songs that talk about her tend to show her softer, more peaceful and loving side, and this song brings into consideration her strength and rage towards what we’re doing to her, so writing something that embodies that aspect of nature is an honor for me. .

What do you stand for?

I stand for coexistence, the balance and freedom of every species and every being. I stand for human rights in all of its forms, and for love always overruling fear. I stand for societal reformation and reintegration of ancestral ways of interacting with society.

What do you hope listeners take away from your music?

I hope they are able to find hope and reconnect with themselves, finding who we are at our core.

What are your plans for the year,

My plans for the year are to keep releasing music! I’m also looking forward to performing and having my own shows! Can’t wait for you guys to hear what’s next!