Giving back the Bronzes 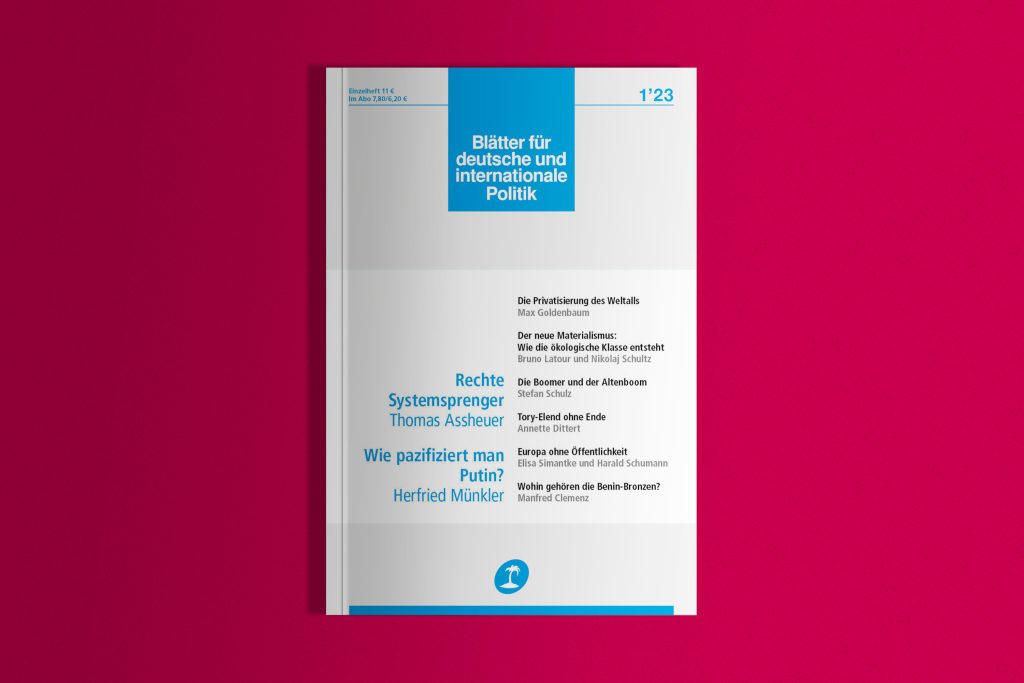 In 2021, the German government decided to return the looted Benin Bronzes. The pieces still on display in the Humboldt forum in Berlin are now officially on loan from Nigeria. Germany is thus leading the way in restitution.

Art historian Manfred Clemenz sheds light on the complex history of the Benin Bronzes and the political questions they raise: Who is the rightful owner of the pieces? What is the situation of the governments in the African states from which the artworks originate? How and where can they be returned?

Autochthonous artworks like the Benin Bronzes were not, as has long been claimed, ‘lawfully acquired’, but captured with force or confiscated under the pretext of scientific research – and then proudly displayed in countless museums across Europe. This translates into an entitlement to restitution to Nigeria (encompassing the former Kingdom of Benin), which answers the first question without any ifs and buts.

But what tends to be overlooked is the problematic genesis of the artworks within their own country. Their story is closely linked to the brutal history of Benin and Dahomey (today the Republic of Benin), where violence and slavery were not only carried out by colonial masters, but also by despotic African rulers. We must therefore ‘ask ourselves if our boundless admiration of the Benin Bronzes is not also an affront to those who were once victims of an intra-African slave trade’.

Unlike the British Museum, museums in Germany, France and the US will give back their bronzes, but the question remains: to whom exactly? Various institutions have made diverging claims, and restitution is tied to conflicts between King Ewuare II of Benin and the Gouverneur of the Edo state in southern Nigeria, who want the Bronzes to be displayed in a newly built royal or state museum respectively.

Who should European governments negotiate with? The current consensus seems to be to return the Bronzes to the Nigerian government and treat further proceedings as an internal Nigerian matter – as well as the question whether they should be presented as iconic artworks or as artefacts ‘within their cultural and social context’.

Why does journalism all so often remain bound to national perspectives – and how can this be changed? Elisa Simantke and Harald Schumann, both editors at the Tagesspiegelobserve the lack of knowledge about other European states and the EU as a core problem of the continent.

Take the Eurozone crisis in 2008: in Germany, loan emergencies from the Eurozone to Ireland were often portrayed as ‘European solidarity’. What the German media mostly failed to mention was that these were made against the will of the Irish public and mainly needed to pay off private foreign (often German) creditors. These repayments largely contributed to the recovery of German banks in 2009.

What causes this lack of different perspectives? One reason seems to be the insufficient time for proper research in newsrooms. But the media also ‘reflects the power structure in an integrated Europe’ – meaning that the nation states have priority. However, in times of increasing political and economic interconnectedness, it is becoming more and more dangerous for the media to be trapped in national contexts. For now, it seems like Europe has no ‘fourth estate’.

How to overcome this problem? Close knowledge of the EU must be imparted to future journalists. But this is not enough: instead of relying solely on correspondents, media workers need to build international networks to avoid mistakes and one-sided reporting.

First steps have been made. But so far, programs like the ‘European Newsroom’ are financially dependent on the European Commission, which raises questions of editorial independence. A promising idea is to provide public funding for European journalism. This does not mean a one-size-fits-all European television channel, but well-trained journalists in their respective countries reporting on different perspectives in Europe.

The return of geopolitics

Ukraine is not the only crisis facing Europe: the whole Caucasus region from Chechnya to Georgia, Armenia, and Azerbaijan as well as Turkey are extremely fragile, writes political scientist Herfried Münkler. With a post-World War I order that was unsatisfactory for many sides, the region was predestined to breed new revisionist powers. These are not just Russia (in memory of the Tsardom) and Turkey (in memory of the Ottoman empire), but also Serbia.

So, how to pacify them? Münkler outlines three possible solutions. The first is the transfer of wealth, which means including the country in a prosperous economy to make the memories of the former empire ‘fade’. But this strategy failed for Russia, since Putin in particular attributes greater importance to the political past than the economic future.

The second solution is appeasement: one should accommodate revisionists and hope they do the same – at the risk of ‘freezing’ conflict or even encouraging it. The third possibility is ‘pacification through deterrence’: building up military capabilities to make it clear to revisionists that they cannot reach their goals (in Russia’s case by strengthening Ukrainian resilience).

One thing is certain: a never-ending war would have disastrous consequences for Russia. Reaching a definition of the territorial status quo ante will be necessary before any negotiations can begin. Geopolitically, all of this will have far-reaching consequences – not only for Europe, but for the entire world order.

In recent months, the radical actions of Germany’s ‘Last Generation’ climate movement have led to decreasing support for stronger climate politics in society, according to Albrecht von Lucke. According to the historian and conservative think-tanker Andreas Rödder, the country is facing new totalitarian forces. He calls for a new containment policy along Cold War lines and views any alternative to the capitalist economy to be undemocratic.

This recalls a rhetorical escalation that has already been used twice in the past century: during the 1920s, leading to the transfer of power to the National Socialists, and in the 1970s, ending with the terror of the Red Army Faction. In these anni horriblessays von Lucke, let us not take this path again.