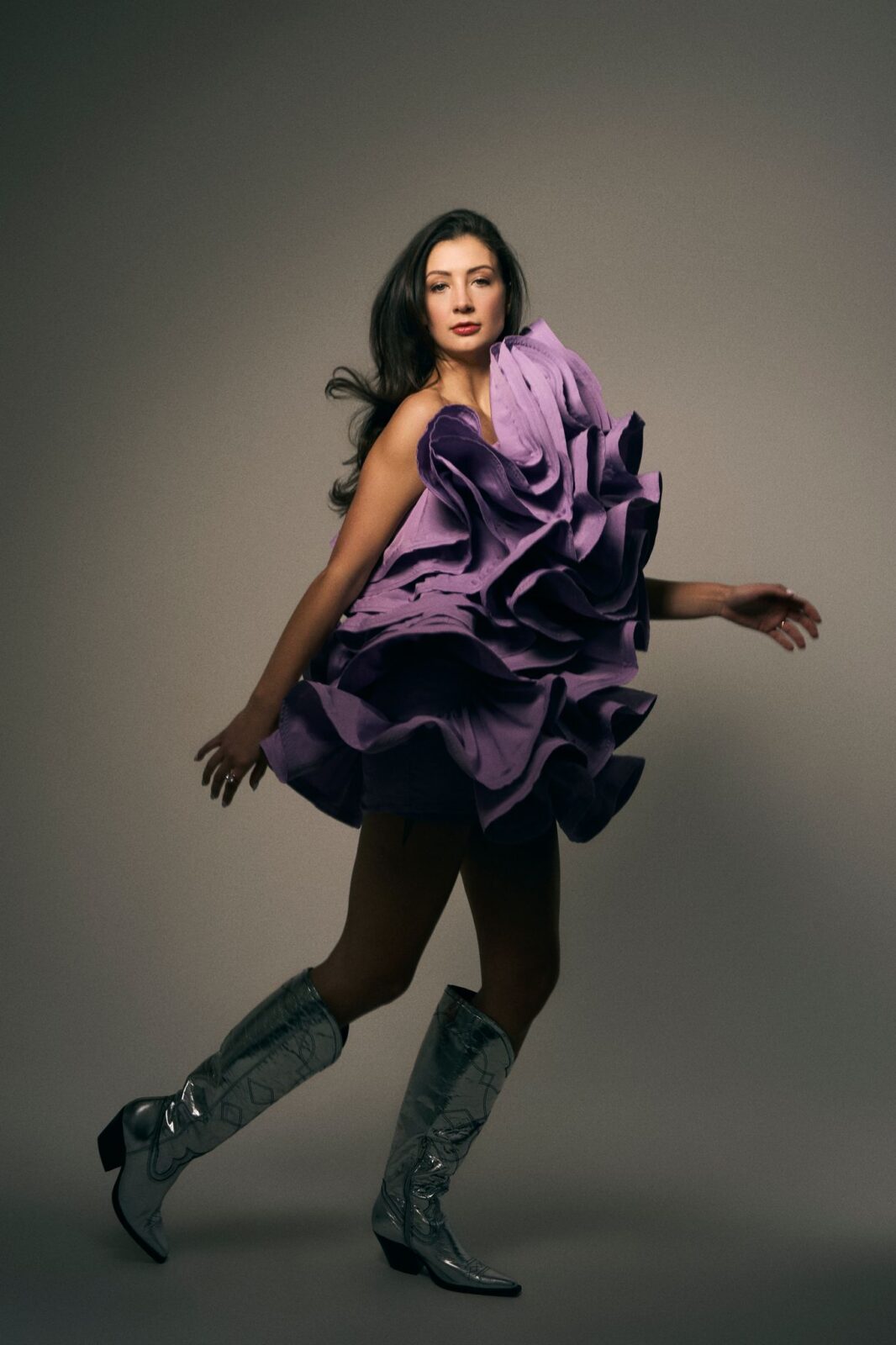 Born in Ruidoso, New Mexico, Cameron moved to a suburb in Dallas, Texas, when she was 10 years old (her father was born in Spain & mother born in the states but Norwegian and German descent, She was heavily involved in a variety of sports growing up, including soccer and golf that she continued to play throughout high school. Her love for performing was discovered when she played the lead ‘Holli Day’ in her fifth-grade musical, and that experience set her on the path to begin training with DTV STUDIOS, an acting studio where she still trains today.

Cameron decided to pursue her dream professionally at age 16, traveling back and forth to Los Angeles frequently. Needing a change from the cutthroat auditioning process, Cameron decided to take a break from the industry to further grow as an individual and have experiences with people in different cultures, leading her to travel extensively all over Europe. Upon her return, she decided to attend dental hygiene school so that she could continue to have the financial means and flexibility to continue to pursue her dream.

When not acting, Cameron works as an on-call dental hygienist and plays the queen in a popular Medieval dinner theater show where she discovered her love of horses. The actress enjoys playing monster mini-golf with her husband, spending time with their two dogs, frequenting antique stores, listening to music, participating in a new book or watching some of her favorite series, such as “Peaky Blinders,” GOT” and “House of Dragons.” She hopes to be able to use her platform to continue to advocate for causes close to her heart including ending hunger for women and children and breast cancer and suicide awareness.

Cameron Inman AMC’s “Anne Rice’s Mayfair Witches” as the younger version of Annabeth Gish’s character ‘Deidre”. The series tells the story of a young neurosurgeon, ‘Rowan,’ who discovers that she is the unlikely heir to a family of witches and must contend with a sinister presence that has haunted her family for generations. Inman navigated filming her first sex scene while playing ‘Young Deidre’ alongside actor Sam Evans in the series. Fans may recognize her from her recent roles including ‘Lena’ in the horror film “Room 223” and ‘Inga’ in BET’s series “Sacrifice.”

Hi Cameron, how are you welcome to OLC!? So why did you aspire to be an actress and what was it that drew you to the profession?

Hi!!! Thank you so much for having me! My love for acting started in 5th grade after I auditioned and landed the lead role in our Christmas musical. I really became serious about it when I was in high school. Acting allowed me to escape from reality and be whoever I wanted to be. I was happiest when I was reading and dissecting a script. I would even take semesters off of school and go to LA for pilot season and continue my schooling online. I missed a lot of normal high school life but I would do it all over again.

You star in AMC’s “Anne Rice’s Mayfair Witches”, can you tell us a bit about the show and who you play?

-The show is an adaptation of The Witching Hour which was written by the amazing Anne Rice. It follows the life of Rowan Mayfair (Alexandra Daddario) and her journey to finding out she is the heiress of a powerful family of witches. I play Young Deirdre Mayfair who is the mother of Rowan.

How did you prepare for this role?

-As soon as I found out I had booked the role I immediately purchased and read The Witching Hour. It was a daunting task as the book is 976 pages but I devoured it. It was such an intricate story and I wanted to bring young Deirdre to life and do right by Anne Rice and every single fan of the book.

What was the most daunting part of being on set? I believed you had to film a very intimate scene your first ever, that must have been quite a difficult thing I would imagine?

-I would say the most daunting part of being on set was having scenes with A-list actors. I had scenes with Beth Grant, Harry Hamlin, and Jack Huston. This is my first big and meaty role and it was such an honor being in the presence of these insanely talented actresses and actors. They were all so kind and welcoming. Acting is their house but as soon as our scenes started, I felt right at home with them.

Oh yes, my first sex scene! I was slightly nervous because it was my first time and I didn’t know what to expect. I feel like I’ve had the best first-time experience a girl could ask for. AMC provided an intimacy coordinator and she was so great and was there the entire time. It was nice to have that feeling of security. My costar, Sam Evans, was the sweetest and most respectful scene partner and that added to my feeling of security. He was so thoughtful and was always asking if I was ok even though it was his first intimate scene as well.

What was your most memorable moment from being a part of this show?

Oh wow. This is hard because every moment was truly a memorable one for me. If I had to pick I would have to say the scene between myself and Father Duffy (Joseph Meissner) when I am pleading with him for help. It was a very emotional scene for me and I was so invested in it because Deirdre resonated with me so much. I remember after we finished filming it I had a huge moment of Wow…I am actually here baring my soul for the world to see and living my dream. It was surreal.

When you’re not acting I read you are also an on-call dental hygienist as well as playing the queen in a popular Medieval dinner theater show, how challenging has that been for you to juggle all of this and how do you find the balance ?

– I am constantly going. My husband refers to me as a shark because if I stop moving I will die. Haha, it’s dramatic but kinda true! I love keeping my mind and body busy and I really love all aspects of my work. I work to continue fueling my dreams.

Do you have any roles coming up that you can tell us about?

-Unfortunately, nothing that I can talk about at this moment, but I am hoping that changes here soon.