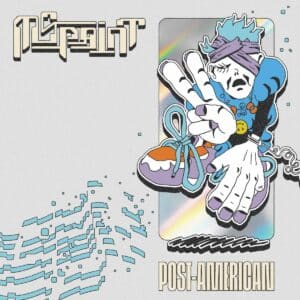 MSPAINT have announced their debut album, Post-American, which is set to land on March 10 via Convulse Records. They’ve also shared a new single from it, ‘Delete It’following last year’s ‘Acid’, The track features guest vocals from Military Guns Ian Shelton; the two acts previously collaborated on ‘Can’t Get None’ off All Roads Lead to the Gun (Deluxe), Shelton also co-produced the record along with engineer Taylor Young (God’s Hate, Nails, Full of Hell). Listen to ‘Delete It’ and find Post-American‘s details below.