“Born to Raise the Sons of Earth”: What Ovid Taught Me About Christ – Christ and Pop Culture 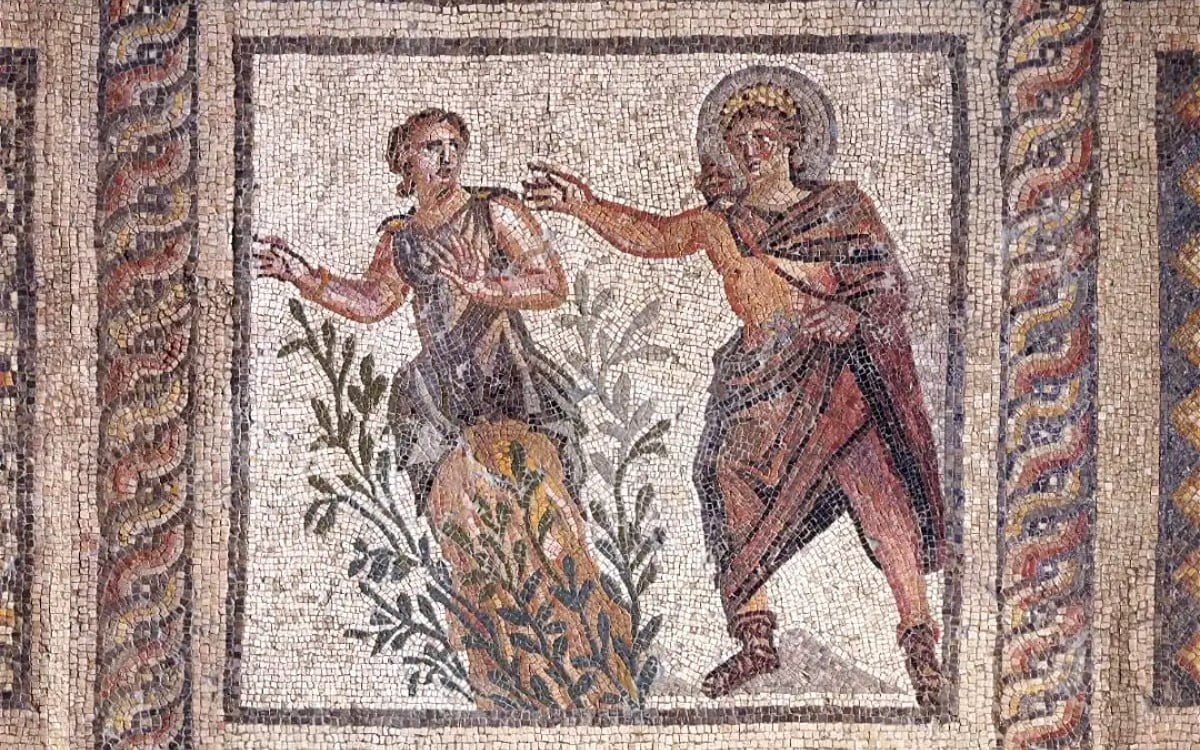 Mild He lays His glory by,
Born that man no more may die,
Born to raise the sons of earth,
Born to give them second birth.

I’ve sung those lines, and others like them, every Christmas since I can remember. But lately I’ve come to appreciate them in a way I never had before. It was some of my summer reading, of all things, that made me see afresh this particular truth about Christmas.

In May of this year, I began reading my very first epic poem, Metamorphoses To install Ovid. I took up the challenge on impulse when I heard that a Substack called Ovid Daily was about to start sending out daily installments of the poem to subscribers. Reading an epic sounded daunting, but simply reading a short email every day from May through August—that sounded doable. And since “Beauty and the Beast” is my favorite fairy tale, an epic full of transformation stories sounded intriguing.

But I had no idea how intriguing. In the space of a couple of weeks, I went from idly observing the emails hitting my inbox and thinking, “Oh, I really should catch up with those,” to tearing through each one and then frantically searching the Internet for more of the poem. , so that I could keep going without having to wait another whole day. Armed only with Translate.com and a smattering of high school Latin, I picked my way through Ovid’s original words, included with each day’s post. I searched out commentaries and alternate translations and famous paintings inspired by the poem; i even read Metamorphoses fanfiction (some of it rather good). In a word, I was hooked.

It was the pathos that got me. The tragic pattern repeats itself again and again throughout the epic: humans are pitted against the gods, and the gods, almost without fail, send them to their doom. There are countless variations on the theme. Sometimes a human provokes a god deliberately, as when Arachne bests Minerva in a weaving contest and refuses to show remorse for it. Sometimes the human is merely careless or forgetful—for instance, Hippomenes neglects to thank Venus for helping him win Atalanta’s hand in marriage. Very often a human is simply minding her own business, when a god comes after her with rap on his mind. As translator Stephanie McCarter has pointed outmany of the encounters that have been sanitized or romanticized through centuries of retellings are, in Ovid’s version, just plain rapes.

But ultimately, in these stories, it rarely matters whether a human is defiant or submissive or guilty or a completely innocent bystander. It doesn’t matter whether it’s the human or the god who commits the inciting offence. “If you seek the truth, you will find the cause of this in fortune’s fault and not in any crime of his. For what crime had my mischance?” asks Ovid plaintively in one case, as if stepping into the story himself to beg for mercy. But it’s no use. Nothing can save the human from getting turned into a spider or a lion or a cow or a tree or a deer. The overarching theme is that when the divine powers cross paths with humanity, humans are degraded, discarded, often literally dehumanized.

The beauty and power of Ovid’s storytelling, along with his subtle sympathy for the victims of the gods, make these tales almost unbearably poignant, even as they compel you to keep reading them. In a few bold strokes, he can sketch a character so colorful, or so appealing, or just so recognizably human, that you ache over that character’s eventual loss of humanity. There are very few “Beauty and the Beast”-style happy endings here, either. Most of the time, whenever any of these people are unlucky enough to attract a god’s attention, life as they know it will soon be over. As an oracle warns Atalanta before Hippomenes drags her down with him, “Though living, you will lose yourself.”

What little I knew of the Greek and Roman gods before this was picked up in snatches from storybooks and history or literature classes. I knew the basic outlines of a few of these tales. But I wasn’t aware of the monstrous vindictiveness, selfishness, jealousy, and cruelty that the pagans ascribed to their gods. In this view of things, apparently, with great power came great freedom to do whatever you wanted, weaker beings be damned. (Literally.)

And that’s where those Christmas carols come in. While doing some background reading on Ovid during my summer mythology spree, I was suddenly struck by the dates when he lived and wrote. Born in 43 BC, Ovid is thought to have completed Metamorphoses around 8 AD.

It hit me right between the eyes that Ovid was writing about the gods coming to earth and interacting with humanity at the very same time that God was doing just that, a couple thousand miles away.

Bear in mind as I write this that I’m an utter novice in this field of ancient mythology, and I’m not much of a historian, either. It may be that scholars have already written reams on this fascinating overlap, and I’m just not aware of it. I’m coming to it only as a reader marveling at what must be one of the greatest coincidences—or divine jokes?—of all time.

In her essay “A Vote of Thanks to Cyrus,” Dorothy L. Sayers writes of a moment in her childhood when, reading a textbook in which she recognized a biblical figure, she realized that “history was all of a piece, and the Bible was part of it. This realization of mine felt something like that.

And it threw a light on just how different Christianity was. The Greek and Roman myths that the poet was collecting and weaving together exemplified the religious thought of some of the most sophisticated cultures the world had ever known. And this is what they came up with: gods and goddesses who acted like the very worst of humanity. I wonder what Ovid would have made of a god who not only created humans in his own image, but also refused to take that image from them, no matter how badly they behaved. Who was born to a Jewish peasant girl in a barn (or something like a barn), spent most of his life working as a carpenter, taught people to love their enemies and pray for their persecutors, and died a bloody, shameful death on a Roman cross—deliberately and willingly giving his life for the sins of humans.

Whatever Ovid would have thought of this, the idea wasn’t anything he or his predecessors came up with on their own. Sacrificial love from a god was beyond even their brilliant imaginations. It’s true that myths of dying and resurrected gods appear throughout history, but gods who deliberately give themselves over to death in order to save humans? Those are very hard to find. (In Metamorphoses, Jupiter usually “lays his glory by” just long enough to deceive and rape a woman.)

So reading these myths gave me the beginnings of a new understanding of just how radically Christianity broke with Western culture. We got a lot of good things from the Greeks and the Romans (I’m a big fan of clean drinking water), but not the concept of God as a loving, suffering servant. That came from Jesus Christ, and that divine love turned the world upside down.

The quotations from Metamorphoses are from the Frank J. Miller translation.