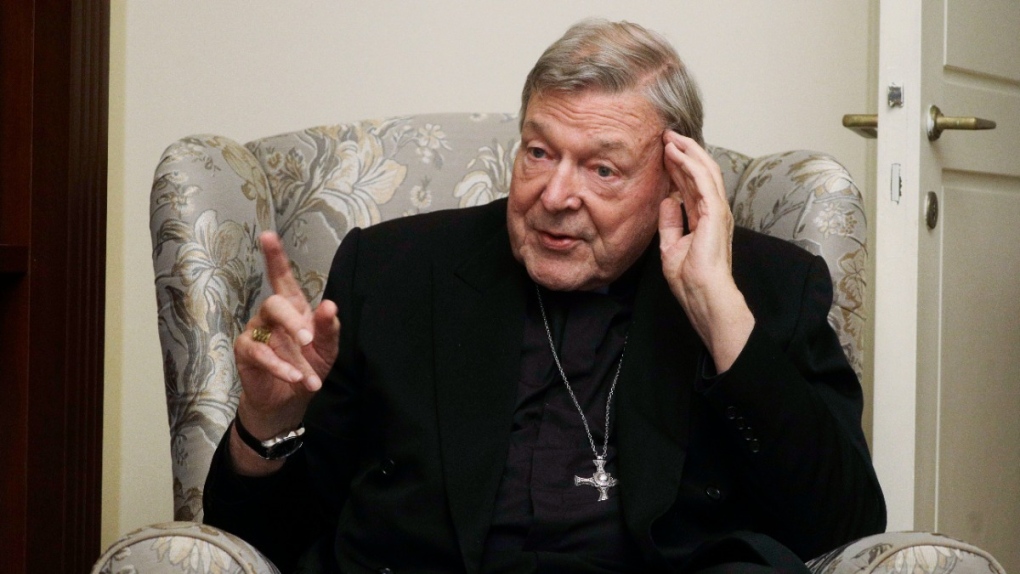 Pope Francis will deliver a final send-off for Cardinal George Pell during a funeral Mass on Saturday, the Vatican said, as revelations emerge of the Australian prelate’s growing concern about what he considered the “disaster” and “catastrophe” of the papacy under Francis. .

The Vatican said on Thursday the dean of the college of cardinals, Cardinal Giovanni Battista Re, would celebrate Pell’s funeral Mass in St. Peter’s Basilica. As is custom for cardinal funerals, Francis will deliver a final commendation and salute.

Pell, who had served as Francis’ first finance minister for three years before returning to Australia to face child sex abuse charges, died on Tuesday at a Rome hospital of heart complications following hip surgery. He was 81.

He had been dividing his time between Rome and Sydney after he was exonerated in 2020 of allegations he molested two choirboys while he was archbishop of Melbourne. Australia’s High Court overturned an earlier court conviction, and Pell was freed after serving 404 days in solitary confinement.

Pell had clashed repeatedly with the Vatican’s Italian bureaucracy during his 2014-2017 term as prefect of the Holy See’s Secretariat for the Economy, which Francis created to try to get a handle on the Vatican’s opaque finances. In his telegram of condolence, Francis credited Pell with having laid the groundwork for the reforms underway, which have included imposing international standards for budgeting and accounting on Vatican offices.

But Pell, a staunch conservative, grew increasingly disillusioned with the direction of Francis’ papacy, including its emphasis on inclusion and canvassing of the laity about the future of the church.

He penned a remarkable memorandum outlining his concerns, and recommendations for the next pope in a future conclave, that began circulating last spring and was published under a pseudonym, “Demos,” on the Vatican blog Settimo Cielo.

The blogger Sandro Magister revealed on Wednesday that Pell was indeed the author of the memo, which is an extraordinary indictment of the current pontificate by a onetime close collaborator of Francis.

The memo is divided into two parts — “The Vatican Today” and “The Next Conclave” — and lists a series of points covering everything from Francis’ “weakened” preaching of the Gospel to the precariousness of the Holy See’s finances and the “lack of respect for the law” in the city-state, including in the current financial corruption trial underway that Pell himself had championed.

“Commentators of every school, if for different reasons ΓÇª agree that this pontificate is a disaster in many or most respects; a catastrophe,” Pell wrote.

Also Wednesday, the conservative magazine The Spectator published what it said was a signed article that Pell wrote in the days before he died. In the article, Pell described as a “toxic nightmare” Francis’ two-year canvassing of the Catholic laity about issues such as church teaching on sexuality and the role of women that is expected to come to a head at a meeting of bishops in October. .

Referring to the Vatican’s summary of the canvassing effort, Pell complained of a “deepening confusion, the attack on traditional morals and the insertion into the dialogue of neo-Marxist jargon about exclusion, alienation, identity, marginalization, the voiceless, LGBTQ2S+ as well as the displacement of Christian notions of forgiveness, sin, sacrifice, healing, redemption.”

Pell’s anonymous memo, however, is even harsher and takes particular aim at Francis himself. While other conservatives have criticized Francis’ crackdown on traditionalists and mercy-over-morals priorities, Pell went further and devoted an entire section to the pope’s involvement in a big financial fraud investigation that has resulted in the prosecution of 10 people, including Pell’s onetime nemesis , Cardinal Angelo Becciu.

Pell had initially cheered the indictment, which stemmed from the Vatican’s 350 million-euro investment in a London real estate deal, given it vindicated his yearslong effort to uncover financial mismanagement and corruption in the Holy See. But over the course of the trial, uncomfortable questions have been raised about the rights of the defense in a legal system where Francis has absolute power, and has wielded it.

Pell noted that Francis had issued four secret decrees during the course of the investigation “to aid the prosecution” without the right for those affected to appeal. The defense has argued the decrees violated the suspects’ human rights.

Pell also came to the defense of Becciu, whom Francis removed in September 2020 before he was even under investigation. “He did not receive due process. Everyone has a right to due process,” wrote Pell, to whom the issue is particularly dear given his own experiences.

“The lack of respect for the law in the Vatican risks becoming an international scandal,” Pell wrote.