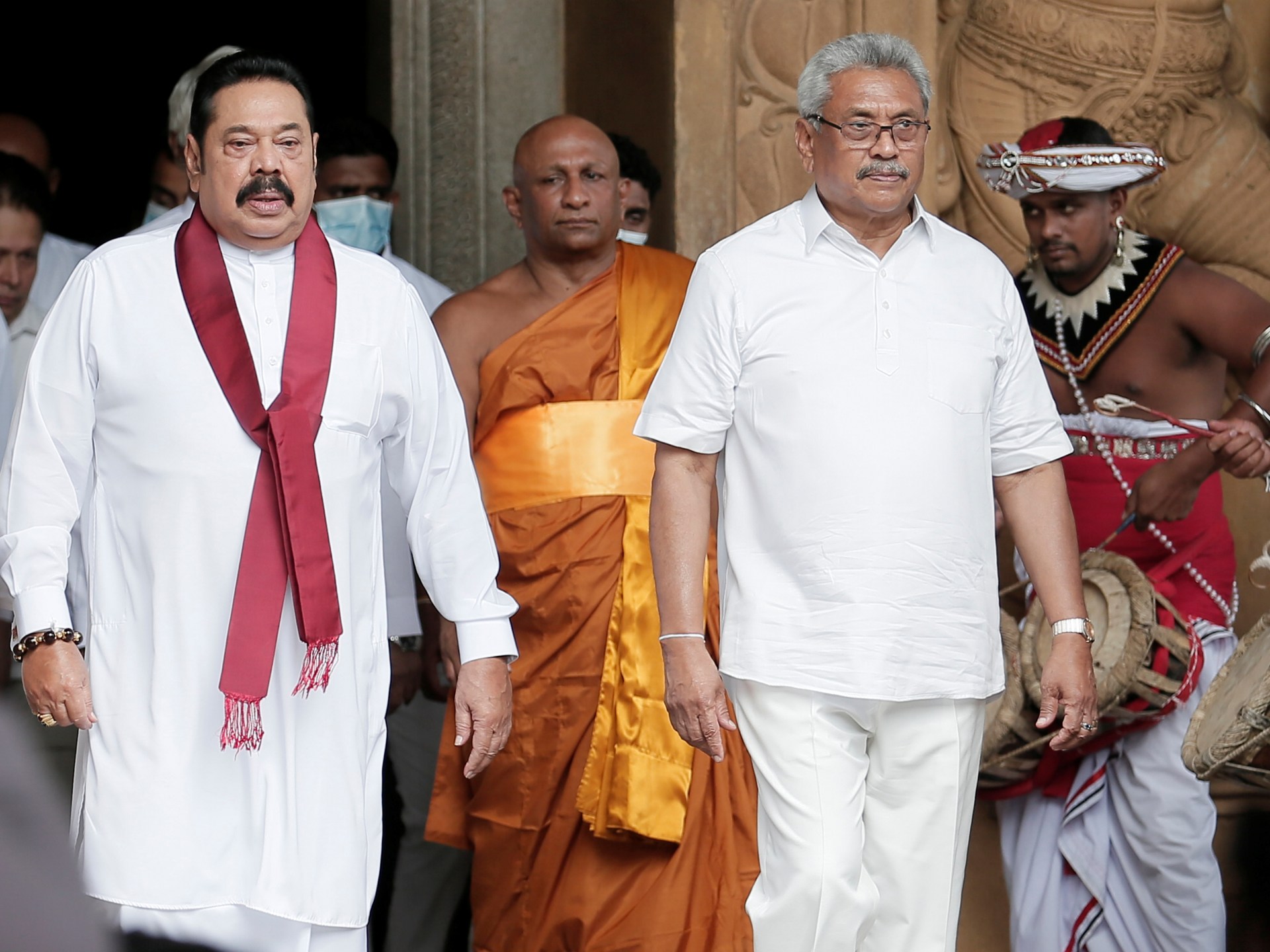 Canada has imposed sanctions on four top Sri Lankan officials, including former presidents Mahinda and Gotabaya Rajapaksa, over “gross and systematic violations of human rights” during armed conflict in the island nation from 1983 to 2009the Canadian foreign ministry has said.

The Sri Lankan government has taken “limited meaningful and concrete action” to uphold its human rights obligations, the foreign ministry said on Tuesday in a press release.

Tens of thousands of people were killed in the 26-year civil war between the government forces and the separatist Liberation Tigers of Tamil Eelam (LTTE). Both sides were accused of war crimes, particularly in the final months of the war. The then President Mahinda Rajapaksa and his brother Gotabaya Rajapaksa, the then defense secretary, oversaw the forces that were accused of targeting Tamil civilians.

Two military officials – Staff Sergeant Sunil Ratnayake and Lieutenant Commander Chandana Prasad Hettiarachchi – are also on the sanctions list. Both of them were earlier sanctioned by the United States for committing serious crimes. Ratnayake, who was sentenced to death in 2015 for the killing of eight civilians, was pardoned by President Gotabaya Rajapaksa in 2020.

The lack of accountability undermines prospects for peace and reconciliation sought by victims of the conflict, the foreign ministry said, adding that the sanctions send a “clear message that Canada will not accept continued impunity for those that have committed gross human rights violations in Sri Lanka.” “.

Sri Lanka under the Rajapaksas has resisted United Nations efforts for justice and reconciliation.

“The impact this will have on the [Rajapaksa] brothers in particular cannot be understated,” Mario Arulthas, a Phd candidate at SOAS, University of London and an advisor to People for Equality and Relief in Lanka, told Al Jazeera.

“Sri Lanka has been under pressure from countries such as Canada, the US and the UK for years, and has failed to deliver on repeated commitments it has made. This is a further signal, after similar sanctions by the US, that Sri Lanka will continue to be haunted by the crimes it committed against the Tamil peoplehe said.

“Sanctioning individuals won’t be enough, however – ultimately there needs to be an international judicial mechanism that puts the perpetrators on trial.”

Alan Keenan, Senior Consultant, International Crisis Group, said that the sanctions “will not lead to quick or major changes within Sri Lanka”.

“But they are a timely reminder that continued impunity will bring increasing costs to the government’s international reputation at a time when it is desperately appealing for international financial assistance to address the economic crisis.”

Last October, the UN Human Rights Council renewed a mandate to collect and preserve evidence of atrocities during the decades-long civil war despite protests from Sri Lanka.

Sagara Kariyawasam, general secretary and member of parliament of the Rajapaksa-dominated Sri Lanka Podujana Peramuna (SLPP), said that all Sri Lankans must condemn the Canadian move.

“Sri Lanka faced the scourge of terrorism for 30 years. Not only a large number of civilians were killed from all communities but also Tamil politicians, intellectuals and civil servants. Even renowned Foreign Minister Lakshman Kadirgamar was killed by the LTTE,” he told Al Jazeera.

“Former presidents Mahinda and Gotabaya Rajapaksa played a great role in ending the war. Now people live without fear of bombs going off, no more body bags go to villages each day.”

Gary Anandasangaree, a Canadian liberal party MP, told Al Jazeera that there is a culture of impunity that has prevailed in Sri Lanka.

If the country is to move forward, it needs to be a state “based on the rule of law”, he said.

“I hope Sri Lanka takes the direction of strengthening the rule of law and begins to hold people to account,” Anandasangaree said.

“We are confident these sanctions will have a ripple effect with other countries undertaking similar measures based on their domestic laws,” he added.

Meanwhile, the Canadian foreign ministry in its statement said it supports efforts towards “urgent political and economic reforms to alleviate the hardships faced by the people in Sri Lanka”.

In response to the humanitarian crisis in Sri Lanka, Canada announced $3m to support the appeals launched by the UN and its partners to address “immediate needs, including food security and livelihoods, shelter and non-food items, as well as nutritional assistance and primary healthcare services for vulnerable children and women”, the statement said.

The number of people in Sri Lanka needing urgent humanitarian help doubled to 3.4 million, the UN recently said, It warned of a worsening food crisis in the south Asian island nation that declared itself bankrupt in July.

The island nation is facing its worst economic crisis since its independence from the United Kingdom in 1948 and has been enduring soaring inflationpower blackouts, and fuel rationing since last year.

Months of protests Against high prices and shortages of food and medicines led to the toppling of President Gotabaya Rajapaksa last July. Mahinda Rajapaksa resigned as prime minister last May. The Rajapaksa brothers were blamed for the economic crisis due to the mishandling of government policy.

Since then, thousands with the support of civil rights groups and trade unions have rallied to express their anger over the economic situation and police brutality.