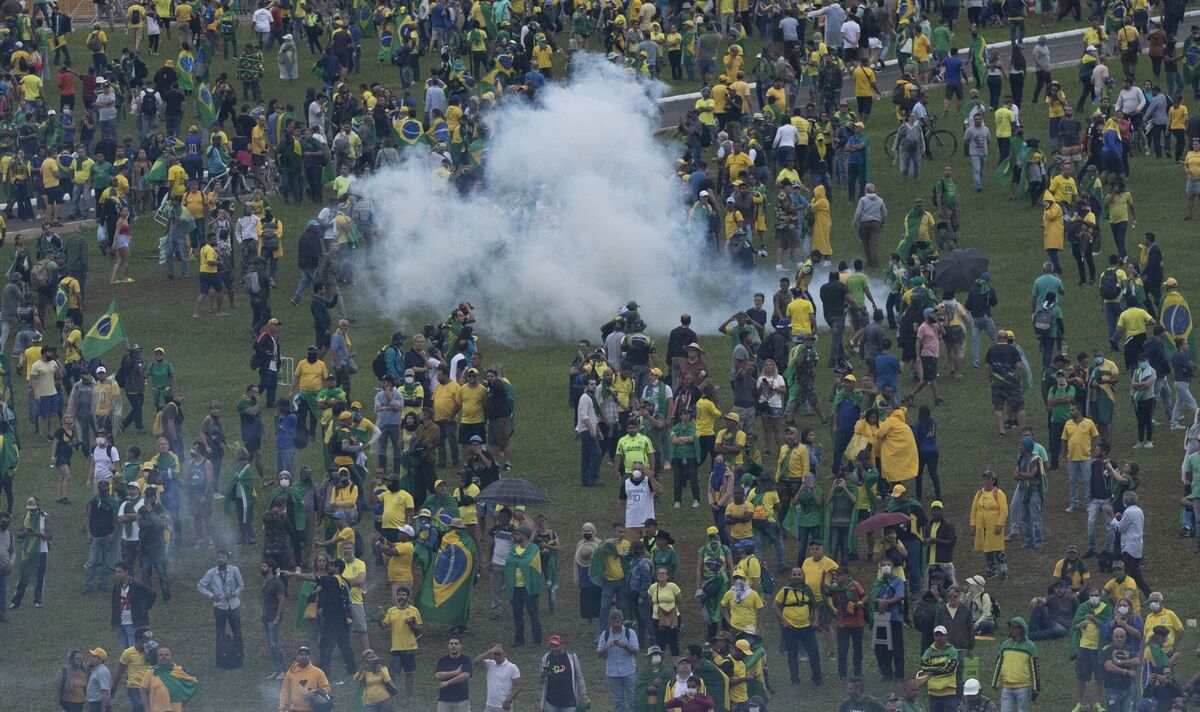 Lula celebrated his third time becoming Brazil’s President by defeating far-right President Jair Bolsonaro. While a number of Brazilians welcomed Lula back into office with open arms largely due to his views on climate change and Indigenous communities, many did not.
Bolsonaro’s supporters accuse Lula of corruption after a Supreme Court judge annulled Lula’s corruption convictions which opened up his ability to run for presidency.

Brazil’s President was convicted after an investigation into a bribery scandal which was dubbed ‘Operation Car Wash’.

However, Supreme Court Justice Edson Fachin said that the court convicted Lula without the necessary jurisdiction.

Now, 400 far-right Bolsonaro supporters have reportedly been arrested after storming Congress, the Supreme Court, and the Presidential Palace.

The governor of Brasília, Ibaneis Rocha, said that by 9pm 400 people had been arrested and added: “We continue working to identify all the others who participated in these terrorist acts this afternoon in the Federal District. We continue to work to restore order.

Lula has subsequently announced a federal security intervention in the capital lasting until the end of the month.

“Brazil’s democratic institutions have our full support, and the will of the Brazilian people must not be undermined.

“I look forward to continuing working with @lulaoficial.”

Meanwhile, US Senator Elizabeth Warren tweeted: “The violent attack on democracy in Brazil is eerily reminiscent of the insurrection on January 6th.

“The people of Brazil voted in a free and fair election and deserve a peaceful transfer of power.

“I condemn this violence and stand in solidarity in defense of democracy.”