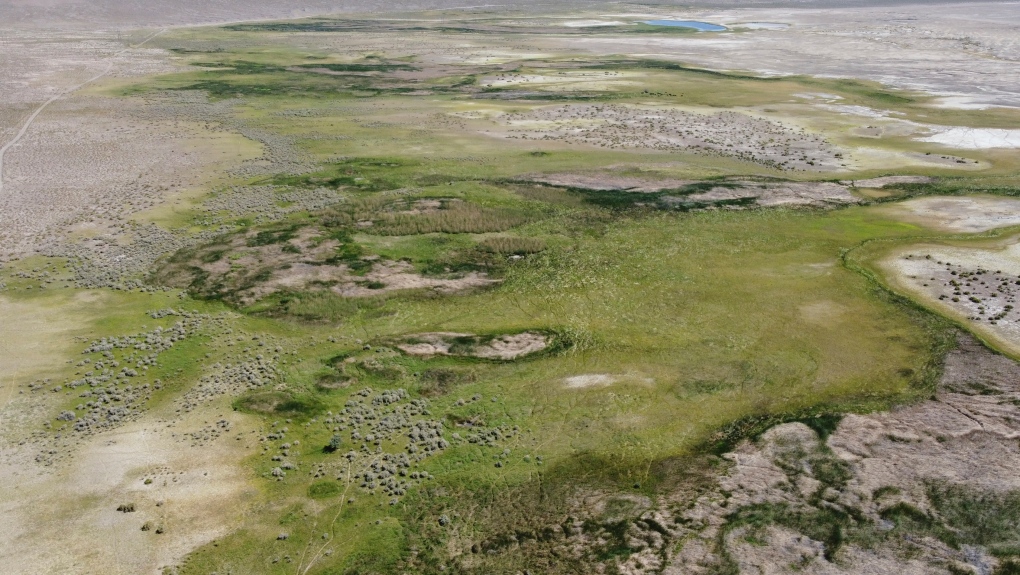 Opponents of the largest lithium mine planned in the US urged a federal judge in Nevada on Thursday to vacate the US government’s approval of the project until it completes additional environmental reviews and complies with all state and federal laws.

US District Judge Miranda Du said after a three-hour hearing in Reno that she hoped to make a decision “in the next couple months” on how to proceed in the nearly two-year-old legal battle over the Bureau of Land Management’s approval of the mine Lithium Nevada Corp. plans near the Nevada-Oregon line.

Lawyers for the company and the Bureau of Land Management insisted the project complies with US laws and regulations. But they said that if Du determines it does not, she should stop short of vacating the agency’s approval and allow initial work at the site to begin as further reviews are initiated.

Lawyers for a Nevada rancher, conservation groups and Native American tribes suing to block the mine said that should not occur because any environmental damage would be irreversible.

Dozens of tribe members and other protesters rallied outside the downtown courthouse during the hearing, beating drums and waving signs at passing motorists.

Du has refused twice over the past year to grant temporary injunctions sought by tribal leaders who say the mine site is on sacred land where their ancestors were massacred by the US Cavalry in 1865.

But Thursday’s hearing marked the first on the actual merits of the case. It will set the legal landscape going forward after the 9th US Circuit Court of Appeals upheld a ruling in Arizona that voided federal approval of a copper mine.

That potentially precedent-setting decision raises questions about the reach of the Mining Law of 1872 and could have a bearing on disposal of waste rock at the lithium mine in the high desert about 200 miles (321 kilometers) northeast of Reno.

Lithium Nevada and the Bureau of Land Management say the project atop an ancient volcano is critical to meeting growing demand for lithium to make electric vehicle batteries — a key part of President Joe Biden’s push to expedite a transition from fossil fuels to renewable energy.

“Along with adjacent Oregon wild lands, it constitutes one of the last big blocks of the sagebrush sea free of development,” said Katie Fite of WildLands Defense, one of the plaintiffs suing to block the Thacker Pass project.

“We need a smart energy future that transitions our economy from fossil fuels to renewables without sacrificing rare species in the process,” said Greta Anderson, deputy director of the Western Watersheds Project, which also petitioned in September for protection of a tiny, nearby snail under the Endangered Species Act.

The Bureau of Land Management fast-tracked the project’s approval during the final days of the Trump administration. The Biden administration continues to embrace the mine as part of the president’s clean energy agenda intended to combat climate change.

Demand for lithium is expected to triple by 2030 from 2020. Lithium Nevada says its project is the only one on the drawing board that can help meet the demand.

In addition to the cultural and environmental concerns about the potential impacts, the new 9th Circuit ruling halting the Arizona mine in July was a focus of Thursday’s hearing on the lawsuit filed in February 2021. She told lawyers on both sides she was interested in “the the extent to which (that case) controls the outcome of this case.”

The San Francisco-based appellate court upheld the Arizona ruling that the Forest Service lacked authority to approve Rosemont Copper’s plans to dispose of waste rock on land adjacent to the mine it wanted to dig on a national forest southeast of Tucson.

The service and the Bureau of Land Management have long interpreted the Mining Law of 1872 to convey the same mineral rights to such lands.

The 9th Circuit agreed with US Judge James Soto, who determined the Forest Service approved Rosemont’s plans in 2019 without considering whether the company had any mining rights on the neighboring lands. He concluded the agency assumed under mining law that Rosemont had “valid mining claims on the 2,447 acres it proposed to occupy with its waste rock.”