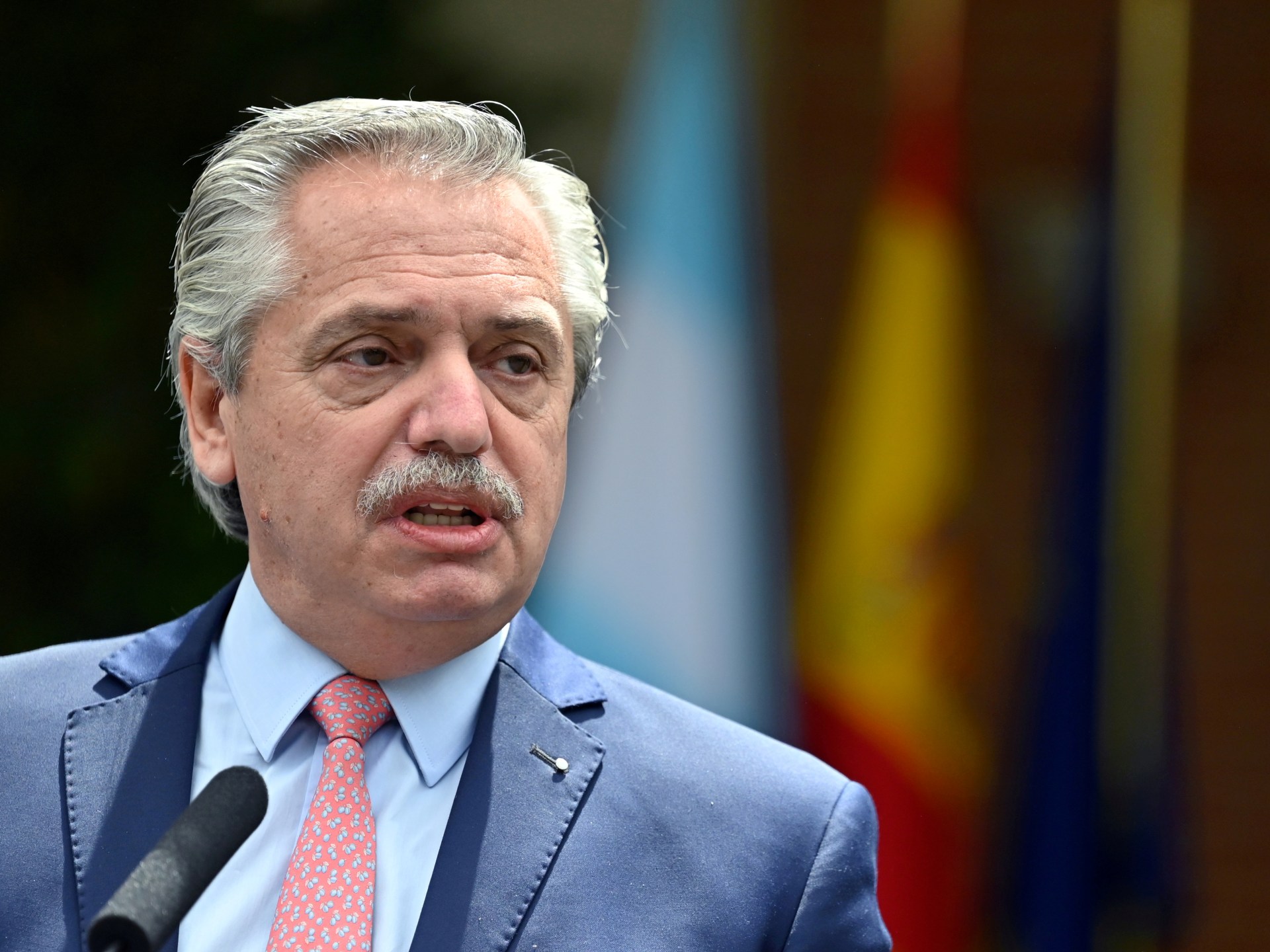 The move comes after Alberto Fernandez clashed with Argentina’s judiciary over a ruling allocating more funds to Buenos Aires.

Argentina’s President Alberto Fernandez has said he will seek the impeachment of the country’s Supreme Court chief for “repeatedly engaging in conduct” that constitutes “poor performance of his duties”.

Fernandez said on Tuesday that he has signed a request for the impeachment of Supreme Court President Horacio Rosatti and several other court members, ramping up his fight with the nation’s highest judicial body. Several provincial governors also signed the request.

Fernandez’s statement did not specify what conduct was at issue. But the move comes after the president clashed with the court over a December decision to allocate more state funds to the capital Buenos Aires, which is led by right-wing opposition leader Horacio Rodríguez Larreta.

The court ruled on December 21 that the portion of federal funding distributed to Buenos Aires should be increased from 1.4 percent to 2.95 – the level of funding it received prior to government cuts in 2020 during the COVID-19 pandemic,

But Fernandez said on December 23 that he would not abide by the decision, setting off criticism that he was challenging the independence of the judiciary. He had criticized the ruling as “unprecedented, incongruous and impossible to enforce”.

The president’s allies argued the court’s decision would divert funds from other provinces to Buenos Aires, the country’s wealthiest and most populous region. The funding decrease during COVID-19 had allowed the government to increase the salaries of law enforcement in surrounding provinces.

Faced with criticism, Fernandez reversed course. indicating he would accept the court’s decision while seeking legal remedies to the funding issue. He said last week that “judicial rulings are binding even when they are deemed to be disadvantageous and unfair”.

Tuesday’s decision to request the impeachment of key Supreme Court justices appears unlikely to reach a vote, since Fernandez’s Peronist coalition in Congress lacks the two-thirds majority necessary to remove the court officials.

Fernandez’s progressive coalition — called “Frente de Todos” or “Everyone’s Front” — suffered. setbacks in Congress during the 2021 midterm elections. The president could face challenges in the general election in 2023 when control of both the presidency and Congress are on the table.