“We Lost Our Beloved Ones For The Sake Of Education”: An Afghan Girl Who Survived A Suicide Attack In Her Classroom Isn’t Backing Down 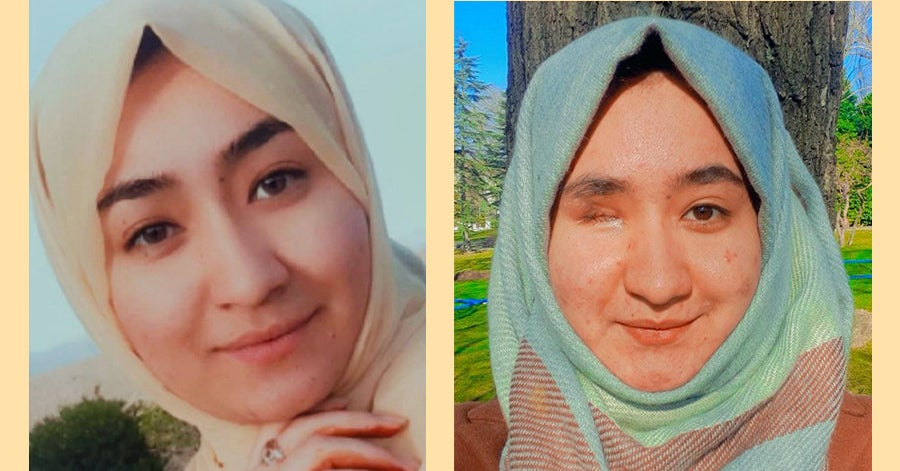 It was early morning in Kabul, Afghanistan, when Fatima Amiri first heard the gunshots from inside her classroom. She and hundreds of other students had been preparing for college entrance exams at the time, but then the girls began screaming in panic. Amiri swiftly stood up to calm the class down, but when she turned around, she saw a man with a gun deliberately firing at the students.

“I was afraid; I tried to take shelter under the desks when an explosion happened,” said the 17-year-old.

Amiri lost an eye and an eardrum as a result of the explosion. Her jaw was also badly damaged. In all, 54 other students, mostly girls, were killed.

As a minority, Shiites in Afghanistan have been targeted and persecuted for a long time.

Amiri lives in the Dasht-e-Barchi neighborhood, a predominantly Shiite neighborhood in western Kabul city. Terrorists have been targeting Shiite mosques, schools, athletic clubs, and cultural centers. Horrific assault on a maternity ward in 2020 killed 20 civilians, including women and their newborn babies.

Amiri knew attending school from a security perspective was risky. However, she never thought that one day a terrorist would be trying to kill her inside a classroom.

Undeterred, two weeks after the attack, Amiri showed up for a university entrance exam and was declared one of the top scorers.

“I want to tell the terrorists that no matter how much oppression you would impose on us, you can’t defeat us!” Amiri said. “Your attacks inspire us to rise again and again.”

The U.N. The Security Council and other world leaders condemned the attack on the Kaaj education center in Kabul, where Amiri went for two years to prepare for the university entrance exam, but no robust security measures had been taken by the political regimes in Afghanistan to ensure the safety of the Shiites who now feel more marginalized under the Taliban.

In recognition of her courage and resilience, the BBC placed Amiri on a list of 100 inspiring and influential women from around the world for 2022.

The attack came in the wake of a ban by the Taliban on girls’ schools beyond the sixth grade in Afghanistan after the group swept into power last summer. But young Afghans like Amiri are still hopeful that the international community will put pressure on Taliban leaders to respect the rights of girls to education and the rights of women to work.

“I appeal to the international community to do something for Afghan women and girls,” she said. “Hear their voice and take action. It’s almost two years now that schools are closed for girls. There is the possibility that the university will be closed too. Currently, the situation is difficult. Afghan women and girls can’t work.”

Amiri’s prediction of a restriction on higher education for girls was proven right after the Taliban imposed a complete ban on women’s access to university on Dec. 20. Five days later, the regime also ordered NGOs to stop women from commuting to work. Although the ban on women’s access to education and work sparked strong condemnation from the international community, Taliban leaders have said that they will not compromise.