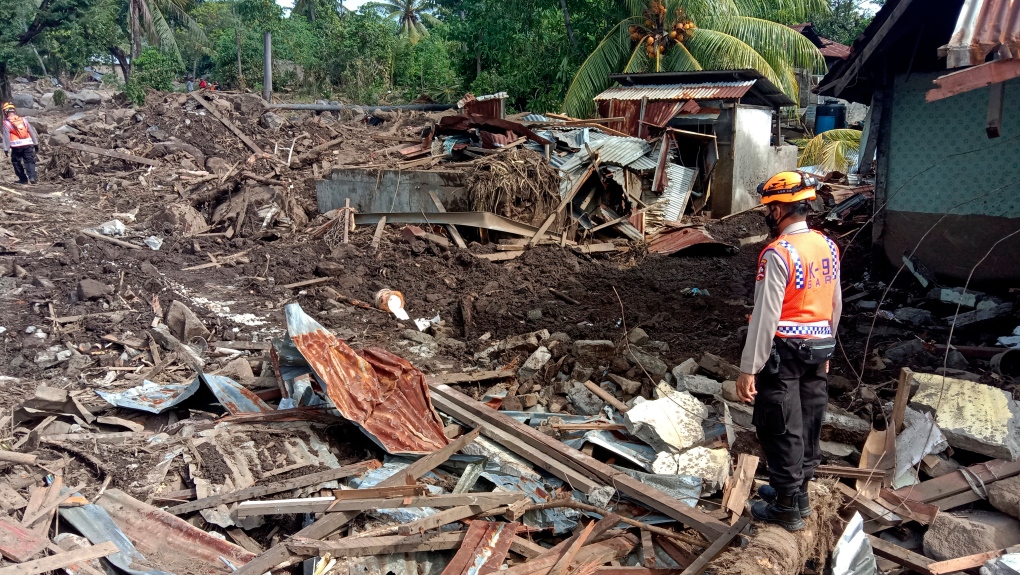 Two school buildings and 15 houses were damaged in the Tanimbar islands, with one of the homes heavily damaged and three moderately damaged. Only one injured resident was reported.

“Local residents felt strong tremors for three to five seconds. There was panic when the quake shook so the residents left their houses,” Abdul Muhari, spokesperson of the National Disaster Mitigation Agency, said in a statement, citing the local agency.

The epicenter of the magnitude 7.6 temblor was in the Banda Sea, nearest the Tanimbar islands in Maluku province that have about 127,000 residents, according to 2021 data. Tremors were felt in several regions, including Papua and East Nusa Tenggara provinces, as well as in northern Australia.

“Based on four tide gauge observations around the center of the earthquake, it did not show any significant anomaly or change in sea level,” agency head Dwikorita Karnawati said.

The US Geological Survey said the quake’s epicenter was at a depth of 105 kilometers (65 miles) not far from Australia’s northern tip. Deeper quakes tend to cause less surface damage than shallow shaking but are more widely felt.

More than 1,000 people in northern Australia, including in the city of Darwin, reported to Geoscience Australia that they felt the quake. The Joint Australian Tsunami Warning Center said the quake didn’t pose a tsunami threat to the mainland or any islands or territories.

Australian singer Vassy wrote on Twitter it was the longest quake she had felt.