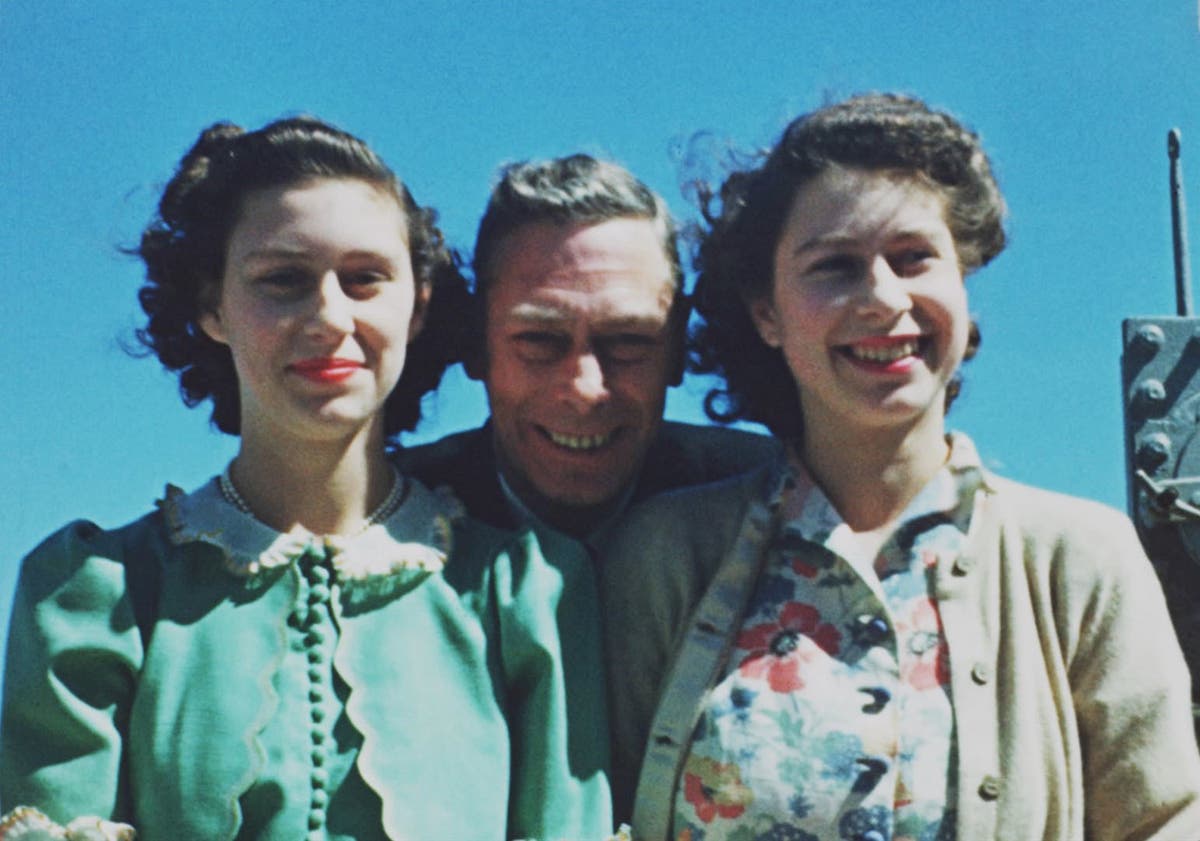 he Queen has allowed the arena to peer touching glimpses of “the fun behind the formality” of her royal existence in house films which were launched for the primary time.

The clips, which span her existence from being a child driven in a pram via her mom to her Coronation in 1953 on the age of 27, come as she is about to rejoice her Platinum Jubilee.

At the age of 96 and after a 70-year reign that has most certainly noticed her grow to be one of the vital photographed girls on the earth, the Queen recorded a private message to introduce the BBC documentary – Elizabeth: The Unseen Queen – which incorporates a beaming symbol of her as a tender princess appearing the digicam her engagement ring.

In the message, which was once recorded at Windsor Castle this month, the Queen says: “Cameras have always been a part of our lives.

“I think there’s a difference to watching a home-movie when you know who it is on the other side of the lens, holding the camera. It adds to the sense of intimacy.

“Like many families, my parents wanted to keep a record of our precious moments together. And when it was our turn with our own family, we did the same.”

“Private photos can often show the fun behind the formality.

“I expect just about every family has a collection of photographs or films that were once regularly looked at to recall precious moments but which, over time, are replaced by newer images and more recent memories.”

“You all the time hope that long term generations will in finding them fascinating, and possibly be shocked that you just too had been younger as soon as.”

The 75-minute program is largely narrated by the Queen herself, using clips and newsreel audio from her speeches to explain what viewers are seeing.

The Queen granted the BBC unprecedented access to hundreds of home-made recordings shot by her, her parents and the Duke of Edinburgh, which have been kept privately by the Royal Collection in the British Film Institute (BFI) vaults.

Filmmakers listened to more than 300 of the Queen’s speeches, spanning over eight decades, to make the film in which she refers to her grandfather, George V, as “Grandpa England”.

Grainy black-and-white footage of a young Princess Elizabeth with her uncle Prince George, The Duke of Kent, who died in a plane crash in 1942 while on active service, and the King’s last visit to Balmoral in 1951 are among the rare moments captured in the documentary.

It will also show the Queen as a young mother with the King and Queen fond as grandparents to her little children, Prince Charles and Princess Anne.

Charles is variously seen as a toddler pushing his sister in a pram, treading a pile of lawn clippings and lifting his father’s trouser legs to look at his socks.

The Queen’s fondness for family life is clear to see, according to BBC Studios who reviewed more than 400 reels of film, discovered lost newsreels and behind-the-scenes recordings of state events which are believed to have been privately commissioned by the royal family.

A young Elizabeth and her sister, Princess Margaret, are seen dancing in matching blue dresses with white polka dots as the corgis look on.

There are also glimpses of them crawling and playing in the garden as infants with their father King George VI.

Memories also include her first tour abroad, with her family to South Africa when she was 20.

Footage shot by The Queen and Philip on her first solo tour, to Canada in 1951, shows behind-the-scenes moments of their downtime, which contrasts with the more formal, high-profile tour that featured on newsreels.

There’s a wonderful extended montage of Prince Philip which, combined with The Queen’s words about him, is incredibly moving

Philip can be seen joking around in some clips that were filmed amid stormy seas.

Countryside walks and family holidays at Balmoral including King George VI’s last visit there in 1951, are also captured.

Other memories include a young Prince Charles and Princess Anne at Royal Lodge Windsor in June 1951, playing with their parents and their grandparents, the then King and Queen.

The King was already battling illness, and newsreel audio for this period states he has canceled all public engagements.

BBC Studios Productions creative director Claire Popplewell said: “I think the film demonstrates the love and fondness of Her Majesty’s father, King George VI, had for his daughters Princess Elizabeth and Princess Margaret.

“There’s a scene of him playing football and doing rough and tumble with the two princesses as very young children that is particularly touching.

“And like all families, they like to play up to the camera – no more evident than the home movie in South Africa while they are on their three-day break. Prince Philip does too – playing for the camera in a trappers hat during a break on the Canada tour in 1951.

“There’s a wonderful extended montage of Prince Philip – water-skiing, playing chase with a dog, riding the children’s toy vehicles – which, combined with The Queen’s words about him, is incredibly moving.

“Little things like successive generations wheeling small children around on wicker garden sun loungers give a sense of the family’s traditions,” she adds.

The last scenes show a composed Queen being photographed after her coronation, complete with family group shots, children wanting to race around and Philip looking kindly at his wife.

Ms Popplewell said: “Then in the final shot, just her, she smiles and swallows. That swallow is so very human.”

“Source of This Article:- “https://www.standard.co.uk/news/uk/queen-bbc-philip-the-queen-charles-b1002694.html