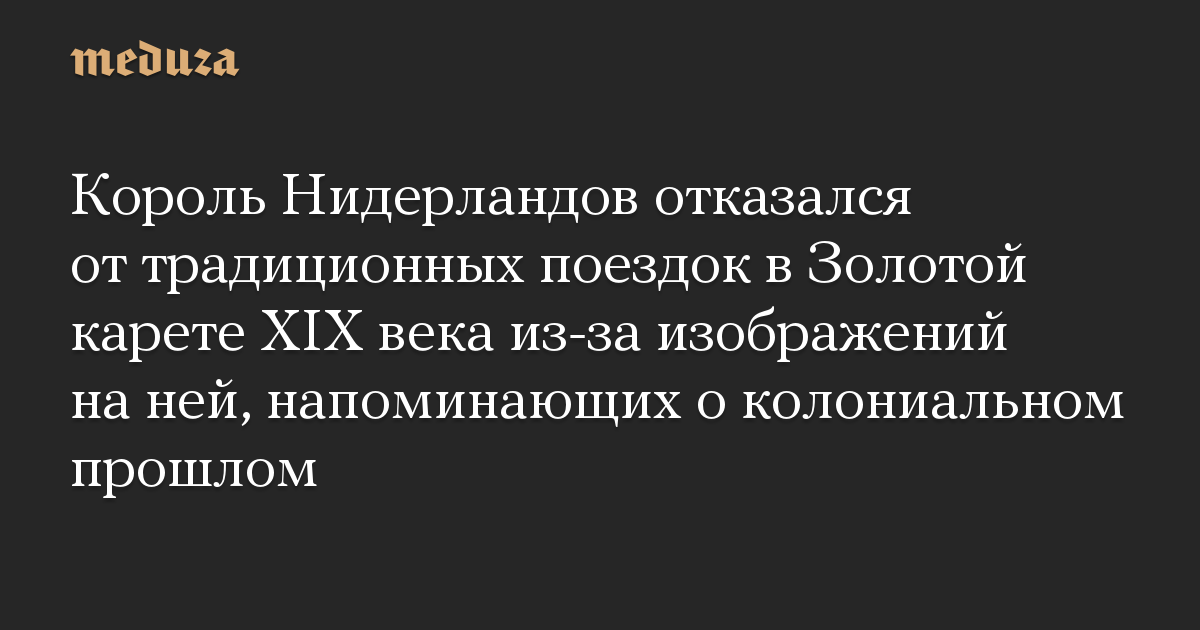 THIS MESSAGE (MATERIAL) IS CREATED AND (OR) DISTRIBUTED BY A FOREIGN MASS MEDIA PERFORMING THE FUNCTIONS OF A FOREIGN AGENT, AND (OR) A RUSSIAN LEGAL OFFICER AND A FUNCTIONAL OFFICER.

King Willem-Alexander of the Netherlands introduced that he would not use the Golden Carriage, made on the finish of the nineteenth century, in ceremonies, as it’s adorned with pictures that are actually perceived by way of many as racist and glorifying the colonial previous. It is reported by way of “BBC”.

“We sharing content only for awareness purpose. If you are the owner of this content or material and want to remove this then Mail us, We will remove it as soon as Possible.”
#king #Netherlands #deserted #conventional #journeys #nineteenth #century #Golden #Carriage #pictures #reminiscent #colonial